The Handmade Music School at the Floyd Country Store presents a theatrical performance of the one-man show A Life of Sorrow: The Life and Times of Carter Stanley on August 28, 2021, at 7:30 pm, performed by show creator Gary Reid. The performance is scheduled to take place one day after what would have been the performer’s 96th birthday, and coincides with the 75th anniversary of Stanley Music in America (1946-2021). The program uses a mix of storytelling and music to bring to life the saga of an Appalachian Mountain Music Treasure. In-person tickets are $12 advance/$15 day of show and available for sale online and in the store. This performance will take place outdoors on the Floyd Country Store back porch. 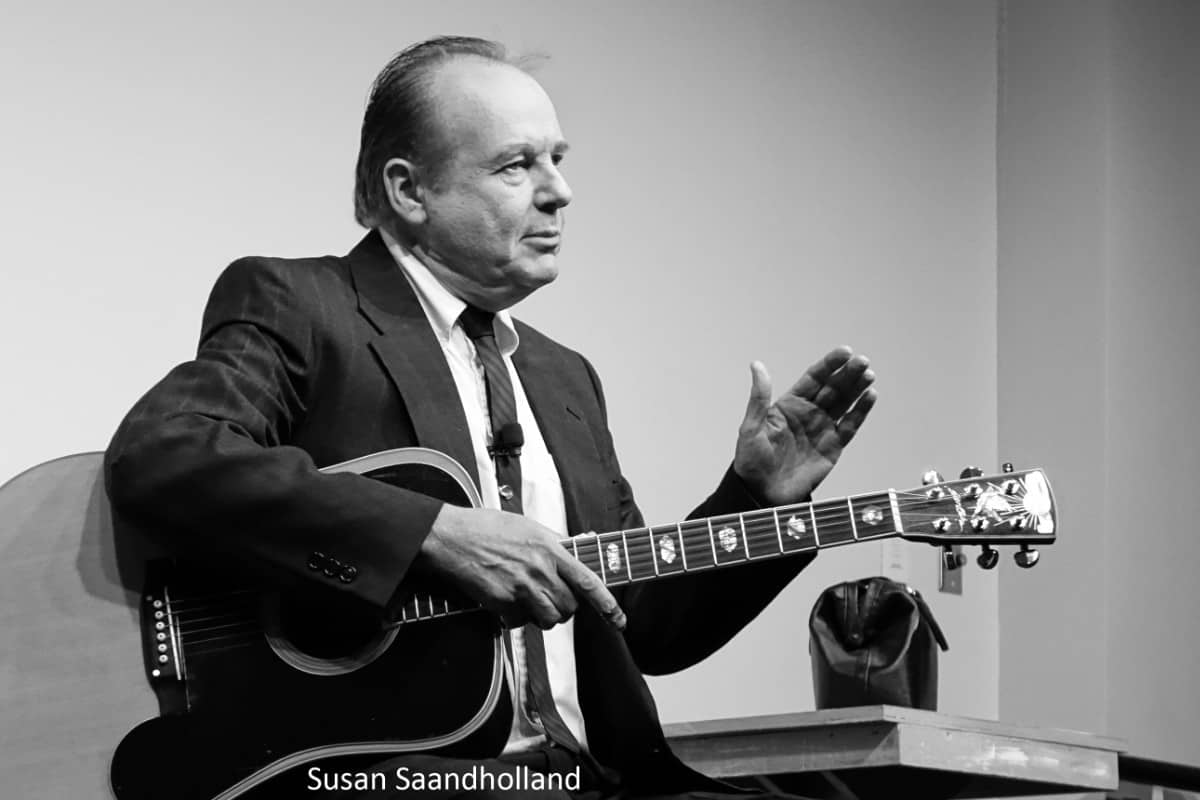 For the uninitiated, Carter Stanley was an expressive singer and songwriter. As the front man for the legendary Stanley Brothers duo, he spent the best 20 years of his life pounding the pavement to take his gift to anyone who would listen. By 1966, he was tired. But… he had a story to tell!

Raised in the coalfields of Appalachia during the hardscrabble days of the Great Depression, the bright lights of a country stage raised the hairs on the back of a 10-year-old’s neck! He had found his calling! A decade later, his musical expression of choice was a new phenomenon known to many as the high lonesome sound… what would come to be known the world over as bluegrass. Tormented by a parent’s adolescent rejection and frustrated by the lack of commercial success — still he held to his dream. He played the music, he wrote the songs, and ultimately… he self-destructed. A Life of Sorrow is the story of one man’s musical journey. From the Clinch Mountains of Virginia, around the world, and back home again.

A Life of Sorrow is the creation of Roanoke, Virginia, actor Gary Reid. A bluegrass enthusiast and historian for over 45 years, he is regarded as the foremost authority on the music of the Stanley Brothers. In 2009, Reid conceived the idea of putting together a one-man show about Carter Stanley. To that end, he took two semesters of acting at Virginia Western Community College and has since appeared in more than 70 productions and events at regional community theatres as an actor, producer, and stage manager and has appeared in several short films and commercials. He was the second-place finalist at the 2015 Sounds of the Mountains storytelling competition in Fincastle, Virginia.

Launched on September 10, 2014, A Life of Sorrow has enjoyed over 100 performances at theaters, festivals, libraries, and museums in seventeen different states as well as three Canadian provinces. The program is partially funded by a grant from the IBMA Foundation, a non-profit offshoot of the International Bluegrass Music Association that supports programs and initiatives that foster the growth of bluegrass music. Special thanks also go to Showtimers Community Theatre of Roanoke, Virginia.

In addition to his theatrical endeavors, Reid is also a published author. After many years of research, his book The Music of the Stanley Brothers is now available! It traces Carter and Ralph Stanley’s prolific 20-year recording history. Also noteworthy is Reid’s work with Fred Bartenstein on The Bluegrass Hall of Fame Inductee Biographies book which earned a 2015 ARSC Award for Excellence in Historical Recorded Sound Research. For his work on both publications, Reid was the 2015 recipient for the International Bluegrass Music Association’s Print/Media Person of the Year award.

As a long-time fan of the music of Carter and Ralph Stanley, Reid has spent years collecting memorabilia of the brothers and has all of their single and album releases as well as some 80 hours of live recordings and close to 500 photos. But, he says, “Can you ever have too much?” Reid enjoys meeting and talking with fans who knew or saw the Stanley Brothers in years gone by, and encourages them to bring photos to the show and share.