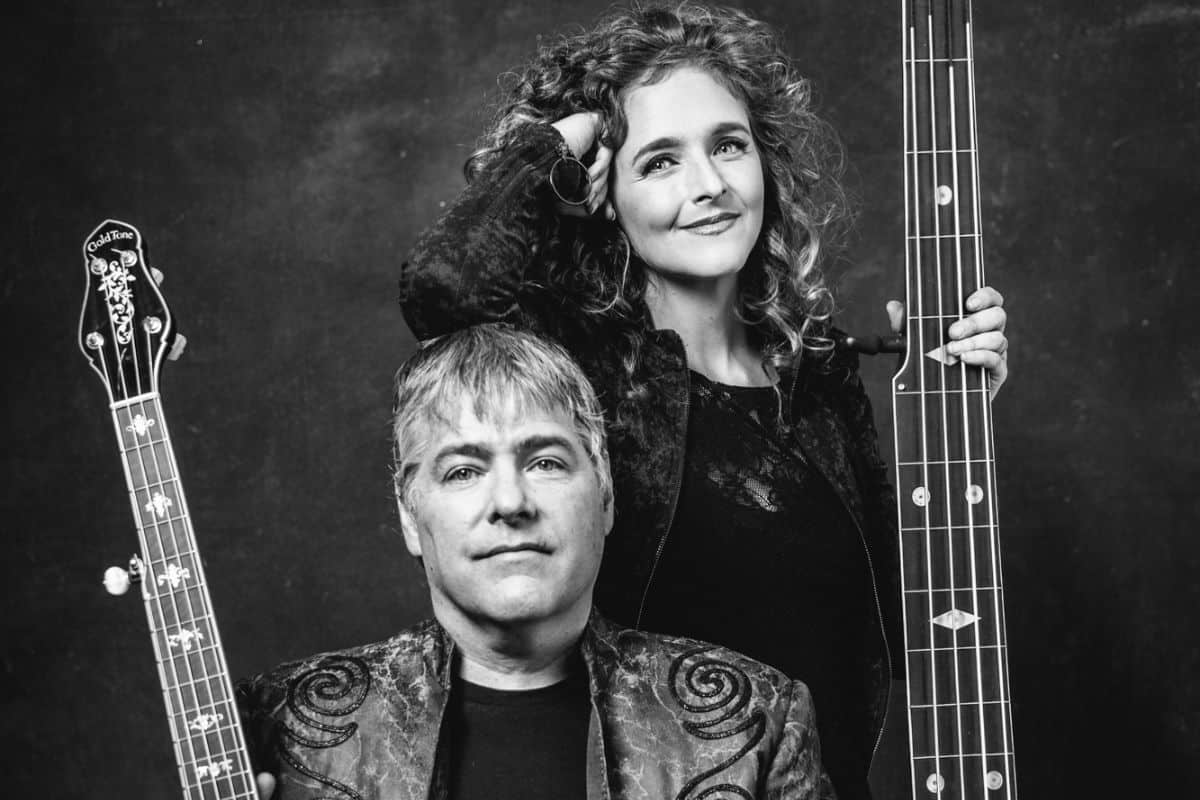 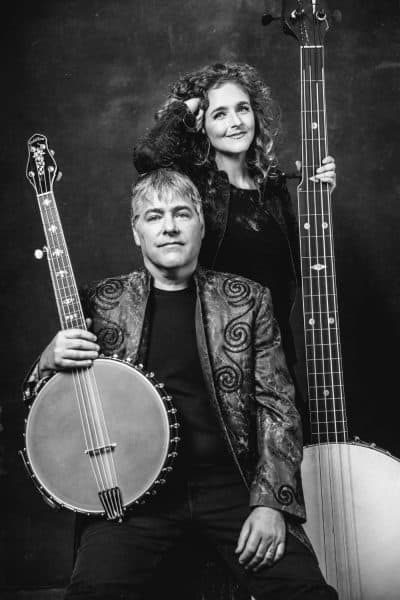 With one eye on using the banjo to showcase America’s rich heritage and the other pulling the noble instrument from its most familiar arena into new and unique realms, Béla Fleck and Abigail Washburn’s second album Echo in the Valley is simultaneously familiar and wildly innovative.

“Some of the most interesting things in the world come together in strange and unique ways and show our diversity,” reflects Béla, a fifteen-time Grammy award winner who is often considered the world’s premier banjo player. “The banjo is just one of those things. It’s a great example of how the world can combine things and create surprising hybrids,” a reference to the ancestral African roots of the banjo combining with Scotch-Irish music in Appalachia.

Echo in the Valley is the follow up to Béla and Abigail’s acclaimed, self-titled debut that earned the 2016 Grammy for Best Folk Album. This time around, the mission was to take their double banjo combination of three finger and clawhammer styles “to the next level and find things to do together that we had not done before,” says Béla. “We’re expressing different emotions through past techniques and going to deeper places.” The results are fascinating, especially considering their strict rules for recording: all sounds must be created by the two of them, the only instruments used are banjos (they have seven between them, ranging from a ukulele to an upright bass banjo), and they must be able to perform every recorded song live.

Fleck and Washburn met at a square dance and began playing music together a dozen years ago, beginning with the Sparrow Quartet. They married shortly thereafter and became parents to a cute little tot. They’ve been touring the globe as a duo for years, almost nonstop but for each other’s performances with various other musical iterations: Béla with the likes of Béla Fleck and the Flecktones, Chick Corea and Chris Thile, among many others, and Abigail with Wu Fei (a master of the ancient 21-string Chinese zither), The Wu-Force and Uncle Earl.

As the story goes, Béla was struck by the sound of Mr. Earl Scruggs’ banjo when hearing the Beverly Hillbillies theme song. He got hold of a banjo, took his musical namesakes (Béla for Bartok, Anton for Weburn, Leos for Yanecek) to heart, and has since continuously broken new musical ground with his instrument. Fleck has the distinction of being nominated in more categories than any other instrumentalist in Grammy history, and has brought his banjo through scorching hot newgrass, traditional bluegrass, otherworldly funk, modern jazz, African originals, transatlantic Celtic, and classical realms, with two self-composed banjo concertos to his name (The Impostor and Juno Concerto), with a third one in the works.

Abigail was similarly jolted into life as a banjoist, but for her it was hearing Doc Watson perform “Shady Grove.” “I was proud to discover that I came from a country where you can hear that ancient sound – from Africa, from Scotland, from Ireland – all mixed up in this beautiful new sound, with those ancient tones in it,” Abigail reflects. “The ancient sounds of our culture remind us who we are, and in them, we see a constellation of who we are becoming.”

Washburn has imbued this philosophy in all aspects of her work, from the string band Uncle Earl to her acclaimed solo albums, Song of the Traveling Daughter and City of Refuge, and her semi-autobiographical theatrical work, Post-American Girl, as well as in her musical ambassadorship with China, a country with which she has a long, profound history. Abigail is deftly following in the footsteps of the founding mothers of folk, and has become a prominent voice of old-time in our time while bringing to light those ancient sounds of American and Far East cultures in new and exciting ways.

Béla and Abigail’s creative process on Echo in the Valley is sonically made manifest in the record’s major themes of harmony, empathy and surrender. As Abigail explains, the intense, intimate collaboration that Fleck and Washburn put forward on this project required “a spirit of staying strong, but also a willingness to release into the other’s ideas to create something new,” possibly something bigger and more beautiful than one could do on one’s own.