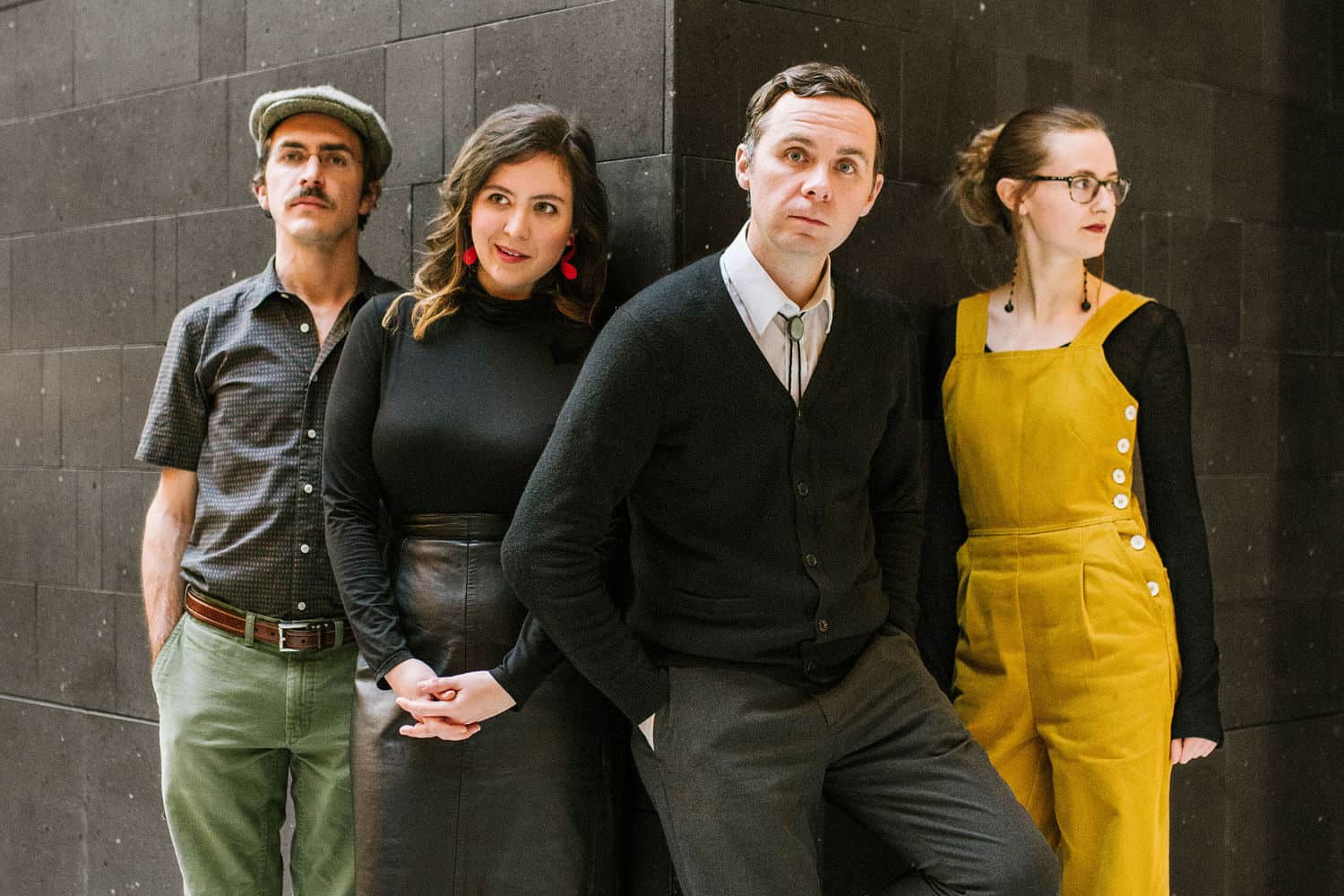 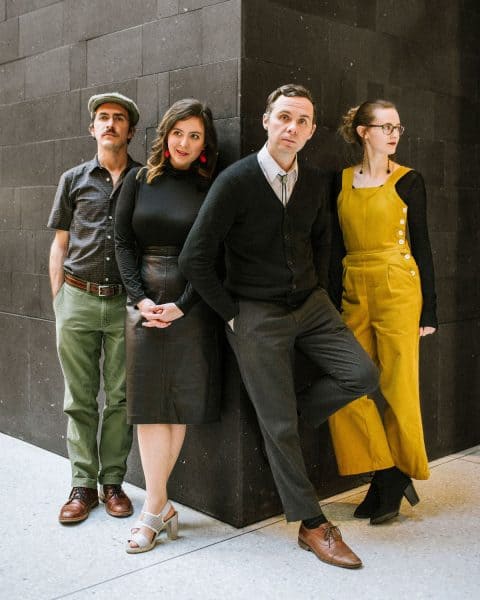 Bill and the Belles have captured the freewheeling, lighthearted approach to music that has endeared them to listeners of every generation. With a spirited sound that falls somewhere between old-time country and vaudeville, the group puts its own spin on a golden era of music, specifically the 1920s, 1930s, and 1940s.

“We like old music and some of us are consumed by it,” says lead singer and guitarist Kris Truelsen with a knowing laugh. “But we don’t have a desire to copy it. We want to sound like ourselves and tell our story.”

The band takes its name from Bill and Belle Reed, performers from the 1920s who recorded the songs “Old Lady and the Devil” and “You Shall Be Free” in Johnson City, Tennessee. Truelsen says, “That was the first time I heard ‘Old Lady and the Devil,’ and since then it’s become clear to me why it’s stood the test of time. Simple, plaintive, stripped-down but incredibly expressive, tough as nails and funny as hell. I first heard that side on the Harry Smith Anthology of American Folk Music, a collection that continues to inspire. Our band’s name is a way to honor their music, the music of this place, and this region in general that we’ve come to call home.

In 2015 Bill and the Belles stepped into the role of house band upon the launch of a live radio show, Farm and Fun Time, presented by Radio Bristol. Truelsen launched that community radio station, housed within the Birthplace of Country Music Museum in Bristol, Tennessee. Along with sharing the stage with the nation’s top roots artists (Marty Stuart and the Fabulous Superlatives, Del McCoury and Earls of Leicester), the band writes and performs the snappy, comical jingles for the show’s monthly sponsors.

KRIS TRUELSEN (guitar, vocal) was raised in the mountains of Colorado and has been an avid fan of early country music most of his life. As the first to earn his masters degree in Appalachian Studies from East Tennessee State University, he continues to expand and share his knowledge of traditional American music. As Producer and Music Director of Radio Bristol, housed in the Birthplace of Country Music Museum, Kris’ music, philosophy, and enthusiasm touch audiences internationally. Kris produces and hosts the historic radio program “Farm and Fun Time” and daily morning program “On the Sunny Side.” He has been nominated as IBMA Broadcaster of the Year for 2017 and 2018 and his show Farm and Fun Time has been nominated for Event of the Year 2017 and 2018.

KALIA YEAGLE’s (fiddle, vocal) expressive and versatile fiddling is quickly positioning her at the forefront of a new generation of acoustic musicians. She takes inspiration from her upbringing in Alaska, where long winters and strong, diverse communities have produced a music scene unlike any other. Her music is undeniably of the mountains, both the Chugach and the Blue Ridge. As a scholar of Appalachian Studies, she studied the rich musical heritage of the region with special interest in early country music’s pioneering female artists.

HELENA HUNT (banjo, banjo ukulele, vocal) has been steeped in old time and traditional music from a very young age, first picking up the banjo when she was 8 years old. A Waynesville, NC native, Helena went through the Junior Appalachian Music program, and has played countless shows in the region since. She is currently attending ETSU for Biology with a minor in Oldtime, Bluegrass and Country Music Studies and is grateful for the opportunities and vast array of people and places music has brought to her life.

ANDREW SMALL (bass) – Multi-instrumentalist Andrew Small has performed with artists ranging from Sierra Hull to the North Carolina Symphony. He holds a Master’s Degree in Double Bass Performance from Yale University and has won numerous blue ribbons from fiddler’s conventions around the southeast for his old-time fiddling. Originally from Eastern North Carolina, Andrew resides in Floyd, Virginia where he manages the world’s largest selection of Bluegrass and old-time recordings at County Sales Records.