Join us on Saturday, April 29, 2017 at 7:30pm for a live tribute for Carole King. Hosted by Souvenirs (David Cannaday, Dave Fason and Rusty May), with special guests Seph & TK, Carrie Hinkley, Maggie Blankenship, and Alex Young. Tickets are $12 advance / $15 day of show. 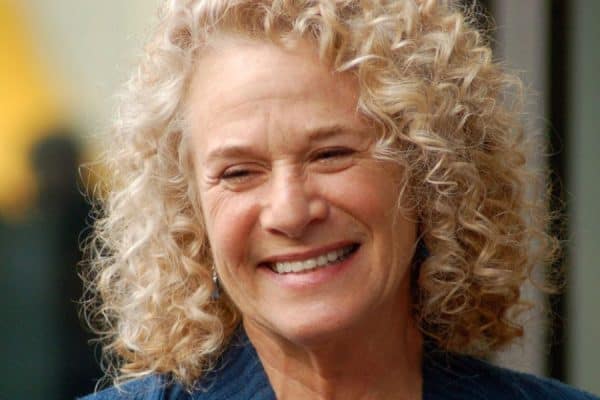 Since writing her first number 1 hit “Will You Love Me Tomorrow” at the tender age of 17, Carole King has arguably become the most celebrated and iconic singer/songwriter of all time.

Carole wrote “Will You Love Me Tomorrow” for the Shirelles with then-husband Gerry Goffin. The dozens of chart hits Goffin & King wrote during this period have become part of music legend.

In 1960 Carole made her solo debut with a song called “Baby Sittin’” and, two years later, her demo of “It Might As Well Rain Until September” made the Top 25 in the United States, climbing all the way to No. 3 on the British chart. In 1967 Goffin and King’s “Natural Woman” was immortalized by Aretha Franklin. To date, more than 400 of her compositions have been recorded by more than 1,000 artists, resulting in 100 hit singles.

Carole’s 1971 solo album, Tapestry, took her to the pinnacle. While she was recording Tapestry, James Taylor recorded King’s “You’ve Got A Friend,” taking the song all the way to No. 1. In a first for a female writer/artist, Tapestry spawned four GRAMMY Awards® — Record, Song and Album Of The Year as well as Best Pop Vocal Performance, Female honors for Carole. With more than 25 million units sold worldwide, Tapestry remained the best-selling album by a female artist for a quarter century, and Carole went on to amass three other platinum and eight gold albums. Tapestry was inducted into the GRAMMY Hall Of Fame® in 1998.

As our 4th Tribute concert, we are going to perform some of Carole King’s greatest hits as a songwriter. What a treasure trove of songs written by Carole or with Gerry Goffin!

Plan on joining the Souvenirs (David Cannaday, Dave Fason and Rusty May), along with Seph & TK, Carrie Hinkley, Maggie Blankenship, and Alex Young! April 29th, 7:30 pm for a wonderful evening of the soundtrack of your lives!