Join us at the Floyd Country Store us as we pair two of our favorite things in the world — music and food — in a special series of monthly events. The series continues on Wednesday, May 18, 2022 with Tatiana Hargreaves & Allison de Groot, paired with a delicious meal curated by Brian Feldpausch and the cafe staff! Dinner is served from 6:00 – 9:00 pm, show starts at 7:00pm. Tickets are $33 advance / $38 day of show per person for dinner and show (two-top or four-top table), or $17 advance / $22 day of show for the show only (chair). 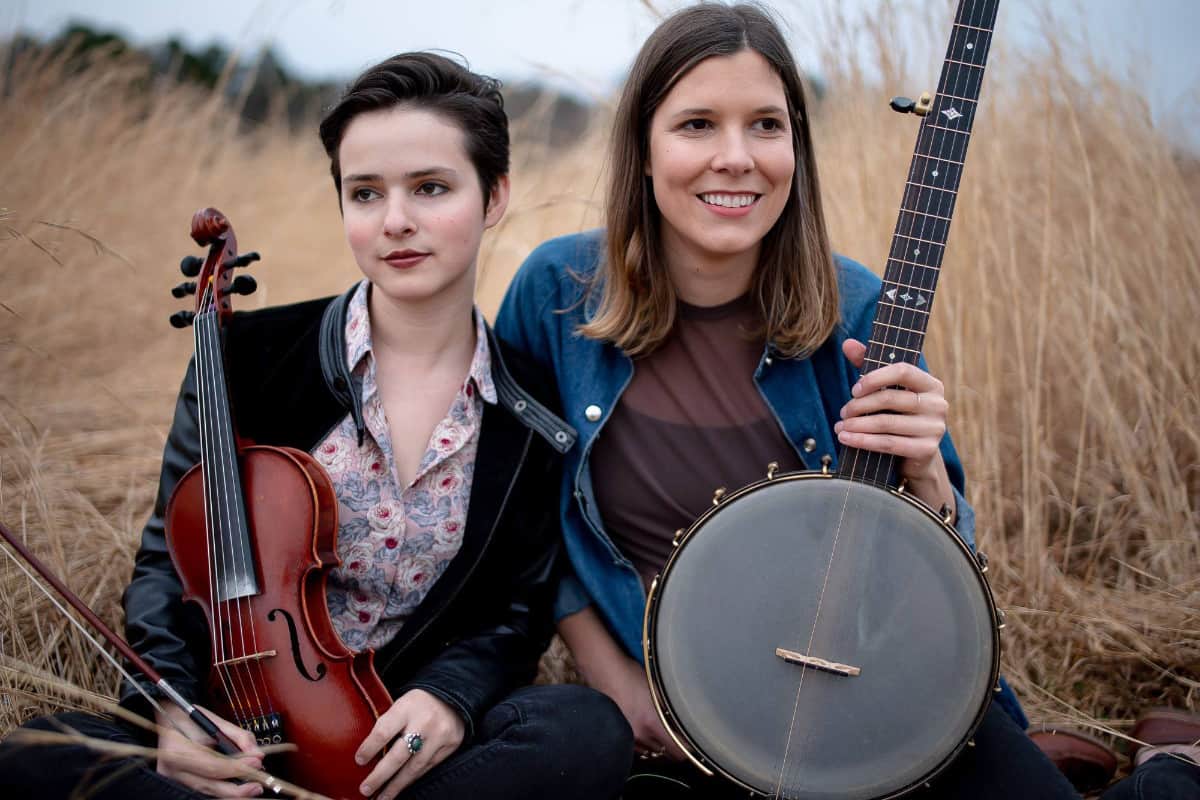 All dinners include sIde salad, coffee, tea and water, and bread for the table. Your meal choices include one of the following:

Traditional music is not static; it shifts with the times, uncovering new meanings in old words, new ways of talking about the communal pathways that led us to where we are today. For master musicians Allison de Groot & Tatiana Hargreaves, traditional stringband music is a way to interpret our uncertain times, to draw artistic inspiration and power from the sources of meaning in their lives. History, family, literature, live performance, and environmental instability all manifest in the sounds, feelings, and sensations that permeate their new album, Hurricane Clarice.

Recording last year in the midst of a global pandemic and during an unprecedented heat wave that saw the city of Portland, Oregon burning under 120 degree heat, these two master musicians found themselves turning to their own communities, to their families, to bring that support into the music. In fact, it was producer Phil Cook (Megafaun, Hiss Golden Messenger) who suggested the two weave their own family histories into the project by including audio recordings of each of their own grandmothers. The album became a direct infusion of centuries of matrilineal folk wisdom, a fiery breath of apocalyptic grandmother energy. And yet the beauty of Allison de Groot & Tatiana Hargreaves’ music is that they’re using these old sounds to speak to something new, to speak to a dying world.