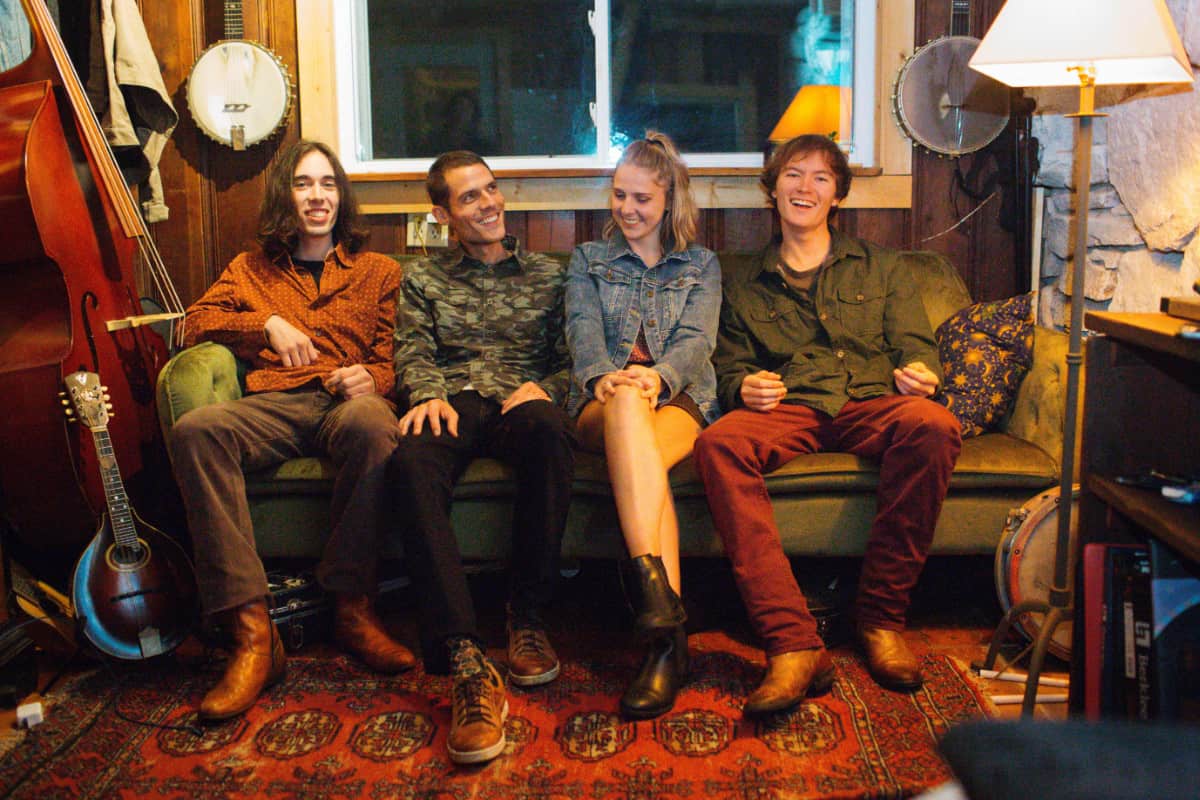 Join us at the Floyd Country Store on Saturday, November 28, 2020 at 8:00pm for a live show with Dori Freeman with Nick Falk, Victor Furtado and Eli Wildman. The show will have a limited in-person audience and air live on Facebook and YouTube. In-person tickets are $20 and available for sale online only. The livestream is free with donations accepted to support the musical artists and production costs of the concert. Doors open at 7:30pm.

ALL audience members will be:

A gifted singer and songwriter whose music puts a contemporary spin on classic folk and country themes, Dori Freeman’s breakthrough in 2016 demonstrates why it’s not a bad idea to reach out to your favorite artists. Dori Freeman was born and raised in the Appalachian community of Galax, Virginia. Dori’s father, Scott Freeman, and her grandfather, Willard Gayheart, were veteran bluegrass musicians who played regularly and ran their own venue, Front Porch Gallery and Frame Shop. Dori picked up the guitar when she was 15 years old, and within a few years she was sharing the stage with the family band. After completing high school, Freeman attended Virginia Tech University, but she dropped out before graduating. By the time she was 22, Freeman was a single mother living with her folks, and she decided it was time she took her career seriously and put her talent to the test. Freeman started writing her own songs, and in 2011 she self-produced and released an album titled Porchlight.

Along with Rufus Wainwright and Peggy Lee, Freeman has often cited singer and songwriter Teddy Thompson as one of her favorite artists, and in 2014 she sent him a message via Facebook along with a video of her performing her songs. To her surprise, Thompson replied three days later, saying he was impressed with the emotional honesty and strength of her songs and delivery, and wanted to produce an album for her. After bankrolling the project through a crowdfunding campaign, Thompson took Freeman into a studio in New York City, and three days later recording was completed. Including guest appearances from Aoife O’Donovan of Crooked Still, Kacy & Clayton, and Teddy’s father, Richard Thompson, Dori Freeman was released by Free Dirt Records in February 2016, and it soon earned a handful of rave reviews, with The New York Times declaring it one of the best albums of the year. By the end of 2016, one of the songs from the album, “You Say,” had become a hit, racking up over two million plays on streaming services. ~ Mark Deming, Rovi