Fiddling Between Old-time and Bluegrass with Tatiana Hargreaves 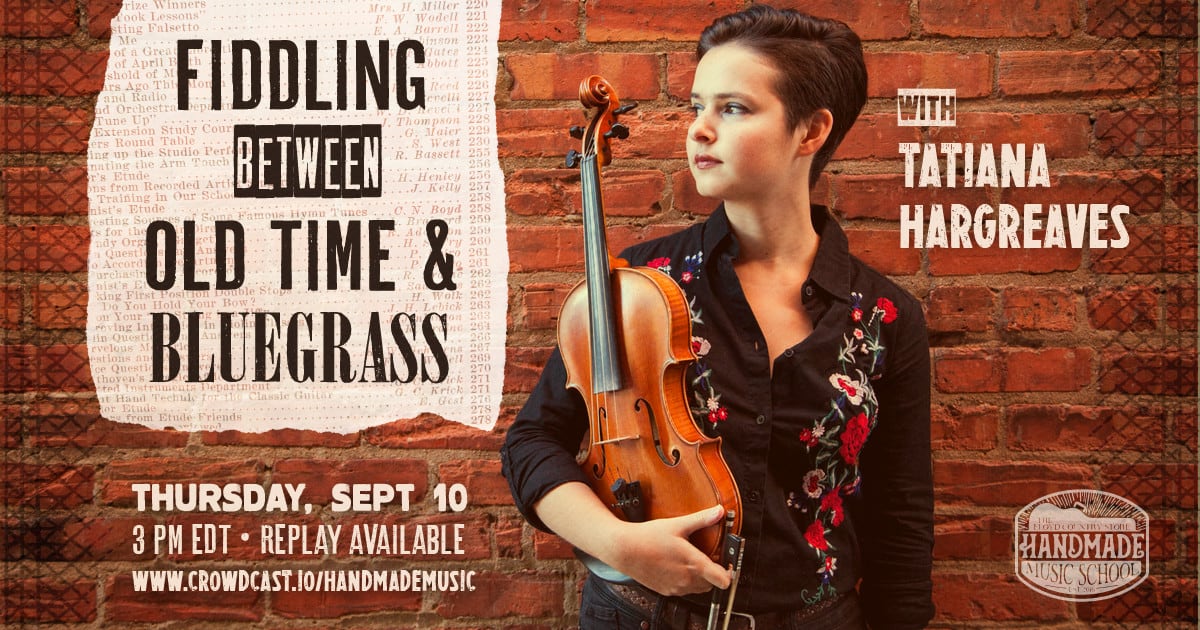 The Handmade Music School presents Fiddling Between Old-time and Bluegrass with Tatiana Hargreaves on Thursday, September 10, 2020 at 3:00pm EDT. The workshop will be presented via Crowdcast as part of our Handmade at Home online series. Cost is $1 to $100 (suggested donation of $15).

Over the past eight years, Tatiana Hargreaves has been on the forefront of an up and coming generation of old time, bluegrass and progressive acoustic musicians. Since releasing her first solo album “Started Out To Ramble” in 2009, Tatiana has toured with musicians such as Dave Rawlings, Gillian Welch, Laurie Lewis, Darol Anger, and Bruce Molsky. From placing first at the Clifftop Appalachian Fiddle Contest, to her bluegrass fiddling on Laurie Lewis’ GRAMMY-nominated album The Hazel And Alice Sessions, Hargreaves shows a musical fluency that flows between old time and bluegrass worlds with ease. Her most recent project with Allison de Groot has been described as a “can’t-miss pair in 2019,” by Paste Magazine and their version of “Beaufort County Jail” was included in Rolling Stone Country’s Ten Best Americana and Country Songs to Hear. Tatiana also teaches bluegrass fiddle at the University of North Carolina in Chapel Hill. You can find out more about her performing and teaching at tatianahargreaves.com.