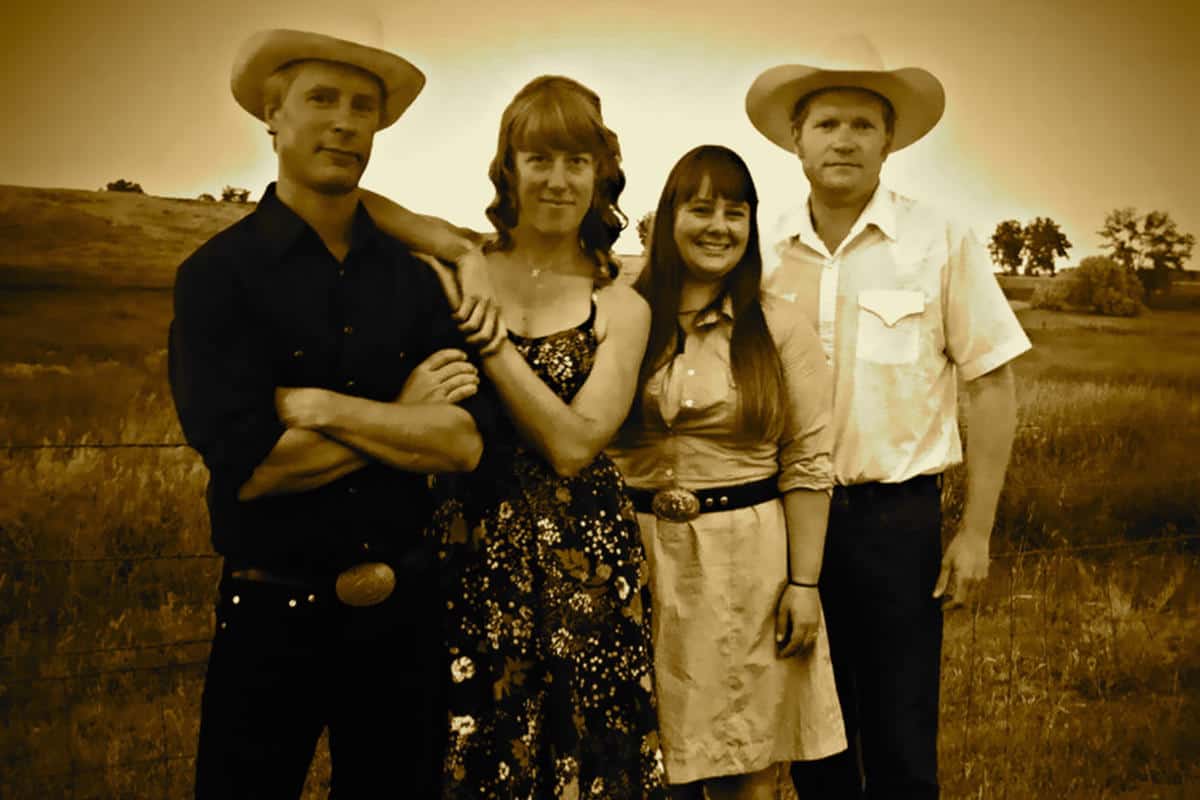 Join us on Saturday, April 30, 2016 at 7:30 pm for a live show with some of the finest practitioners of American old-time music on the globe, The Foghorn Stringband! Tickets are $10.00.

Credited for igniting the Old Time Renaissance in Northwest, Foghorn Stringband continues to stand out as the shining gold standard for American Stringband music. With their 8th album, Devil in the Seat in hand, thousands of shows and over a decade of touring under their belts, it’s no surprise that this band, as proclaimed by Stuart Mason, The Fiddle Freak, “has blossomed into a full-blown force of nature that threatens world domination”. Through all of this, they’ve never let the music grow cold; instead Foghorn has been steadily proving that American Roots music is a never-ending well of inspiration.

From their origins in Portland Oregon’s underground roots music scene, the core duo of Foghorn Stringband: Caleb Klauder, whose wistful, keening vocals and rapid-fire mandolin picking have always been the heart of the band, and Stephen “Sammy” Lind, perhaps the best old-time fiddler of his generation, have spread the old-time string band gospel all over the world. Along the way, they’ve brought in influences and inspirations from their many travels and fellow bandmates. Vintage country songs became a part of Foghorn Stringband thanks to Klauder’s intense passion for the music; and frequent visits to Louisiana have inspired the group to bring Cajun songs into the repertoire.

Canadian singer and bassist Nadine Landry, from Québec by way of the Yukon, joined the band in 2008, bringing powerful vocals and a wealth of new songs, many of which are descended from her Acadian roots through the Cajun music tradition. Singer and guitarist Reeb Willms came down from Bellingham in 2011 with a suitcase of old, vintage songs and a powerfully beautiful, pure voice born in the farmlands of central Washington State. These gals add a new dimension to the Foghorn Stringband, providing tight female duets, and a rhythm section that’s as rock solid as they come.  The band’s music is as furiously compelling as ever, as Foghorn continues to break the good news about Southern old-time music to new generations.

Foghorn Stringband turns any weeknight into a joyful, rowdy Saturday night, as they travel from coast to coast and across the pond, playing over 200 dates a year. They are also band-mates to world renowned master old-time musician Dirk Powell, and Cajun legends Joel Savoy and Jesse Lége. Recent festivals and venues include Tonder, Fire in the Mountain, the California Bluegrass Association’s Father’s Day Bluegrass Festival, ROMP, Berkeley Old Time Music Convention, Wide Open Bluegrass, Celtic Connections, Pickathon, among countless others.

Foghorn Stringband plays the old way, the way you’d have heard string bands play on Southern radio stations back in the 1930s. They don’t fancy up the music to make it more modern, instead they reach into the heart of the songs, pulling out the deep emotions that made them so enduring in the first place. Performing live, these multi-instrumentalists gather around a single microphone in the middle of the stage, expertly balancing their sound on the fly, and creating the rarest of music: songs that are at once wildly virtuosic and intimately hand-crafted. Foghorn Stringband plays American roots music of the finest order.