From the Mountains to the Sea Multimedia Presentation and Concert 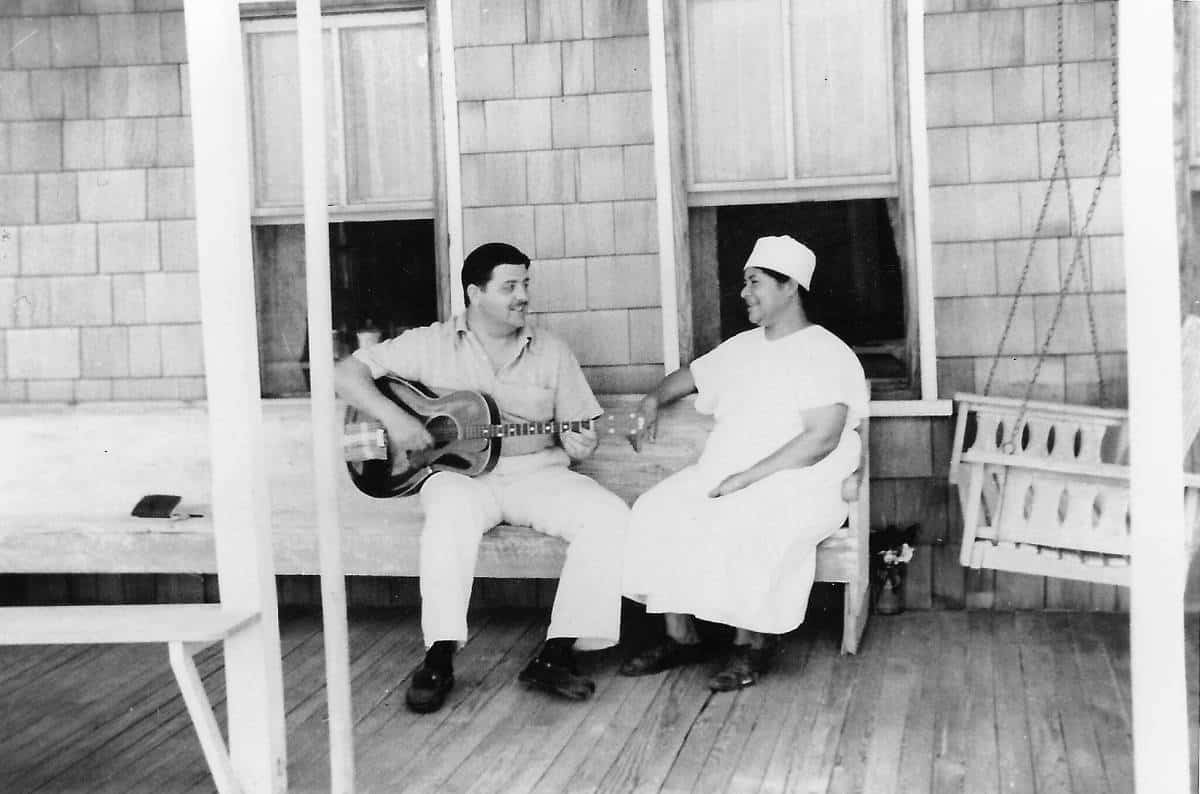 From the Mountains to the Sea is a two-hour, multimedia/live presentation. It features the voices of the singers, photographs of the tradition bearers and their land, and the insights gained by the Warners as they traveled through rural America from 1938 to 1966 in search of old songs. It is full of the warmth of the Warners and the country wit of their new friends, and is crafted together and performed by the Warners’ two sons, Gerret and Jeff, who are career filmmakers and musicians.

Frank Warner was born in Selma, Alabama in 1903, and grew up in Durham, North Carolina. From the beginning, folk song was all around him, from the black kids he played with as a child, to the ballads he heard from Professor Frank C. Brown at Duke University. Pursuing his YMCA career, Frank moved to New York City, where he married Anne Locher in 1935. Living in Greenwich Village, they found themselves in a literary community that valued the working man and the American story. Steven Vincent Benet, Carl Carmer, Marianne Moore, Marjorie Flack, Clifton Fadiman, Henry Beston, Dubose and Dorothy Heyward, William Rose Benet—were drawn to Frank’s music, his southern friendliness, his knowledge of folk song. Through this literary community, the Warners were told of John Galusha, singing logger from the Adirondacks and of Lena Bourne Fish, preserver of old songs and local history from Jaffrey, New Hampshire.

And they were introduced to Maurice Matteson, fresh from his song collecting trip to Watauga County, North Carolina. The Warners were captured by the backwoods beauty of the lap dulcimer Matteson showed them. They wrote to Nathan Hicks asking him to make one for them, and in the summer of 1938, drove the old highways to Beech Mountain to get it. Thus began the adventure: collecting songs and friends along the rural Eastern Seaboard for forty years, singing and speaking to countless audiences about their finds and writing a celebrated book about their journey. Frank Proffitt, Lee Monroe Presnell, Buna Vista Hicks, Sue Thomas, Eleazar Tillett, all were intriguing singers carrying generations of tradition in their voices, representing the Carolinas to the Adirondacks — from the mountains to the sea.

“It is a document that can stand for all time as a communication about a particular culture…. The result is a collection of rarities and beauties that spans the whole of the Anglo-American repertoire.”