Join us at the Floyd Country Store on Saturday, May 14, 2022 at 7:30 pm for a live concert with Hogslop String Band. Tickets are $22 advance/$27 day of show and available for sale online and in the store. 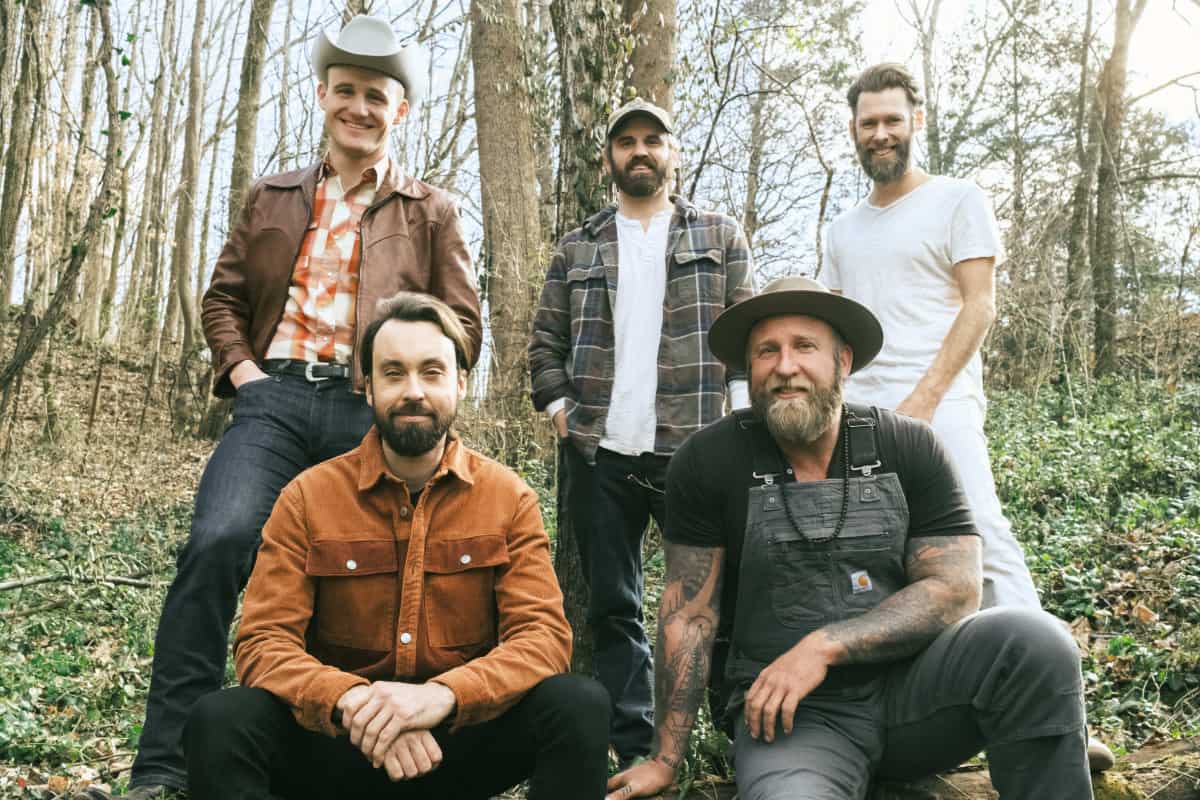 Staying true to tradition and maintaining a certain irreverent attitude are qualities that rarely go hand-in-hand. But, Hogslop String Band manages to walk that line, with their roots in old-time string band music, and their energy based in wild rock-and-roll, you could almost call them punk purists. It’s an unlikely combination, but given the talents of singer and fiddler Kevin Martin; guitarist, harmonica player and singer Gabriel Kelley; mandolin player and singer Will Harrison; banjo player and singer Daniel Binkley; and bassist and all-round entertainer Pickle, they pull it off with natural ease. The name alone hints at their wacky ways, but catching them live will give you a true sense of these bizarre, seemingly contradictory descriptions.

Formed in 2009, the guys originally teamed up at a jam session at Nashville’s famed 5-Spot and then, in Pickle’s words, “started getting money, booze, and BBQ thrown at us…what did anyone expect to happen?”

That said, what happened may still have been unexpected. They entered — and won — nearly every major string band competition the South had to offer, and also began presiding over some sweat-drenched square dances taking place at such notable Nashville venues as the Cannery Ballroom and the Nashville Palace. They then went on to tour the States and Scandinavia with high-energy live performances that had them parading about like a band unhinged — Pickle flopping about as if terminally intoxicated while alternately mounting and coddling his stand-up bass, Kelley rallying the crowd to share in the revelry while the rest of the band do their best to make sure they don’t entirely run off the rails.

In 2017, the band began writing original material, but never veered away from their deeper devotion to the fundamentals of Americana and its certain folk finesse. They thrive on crossing boundaries and genres with a nimble assurance, negating any need to remain strictly bound to bluegrass or music of a strictly string band variety. In addition to their original material and foot-stomping traditional classics, the boys pepper in plenty of tasteful covers from similar genres and beyond.

The band’s upcoming album, Hogslop String Band: Sings & Plays (projected for release Spring 2022), offers an opportunity to experience Hogslop String Band in all their untethered glory. A follow-up to an eponymous 2019 release that boasted mostly original material, the new album offers a collection of popular barn-burning classics culled from the band’s live set. Recorded and

produced by Gabriel Kelley at his Mobile Traveler Studios, it’s music that’s both celebrity and show-stopping in every way imaginable. Although it takes its cues from the masters of traditional music, each track also manages to reflect the group’s rowdy, rambunctious, off-kilter attitude, and, in the process, assures a populist appeal.

It’s clear that this is a band that’s going places, and has rapidly become one of the most unique and exhilarating outfits on the scene today. “It only gets weirder from here,” they often say from stage. They’re not kidding.