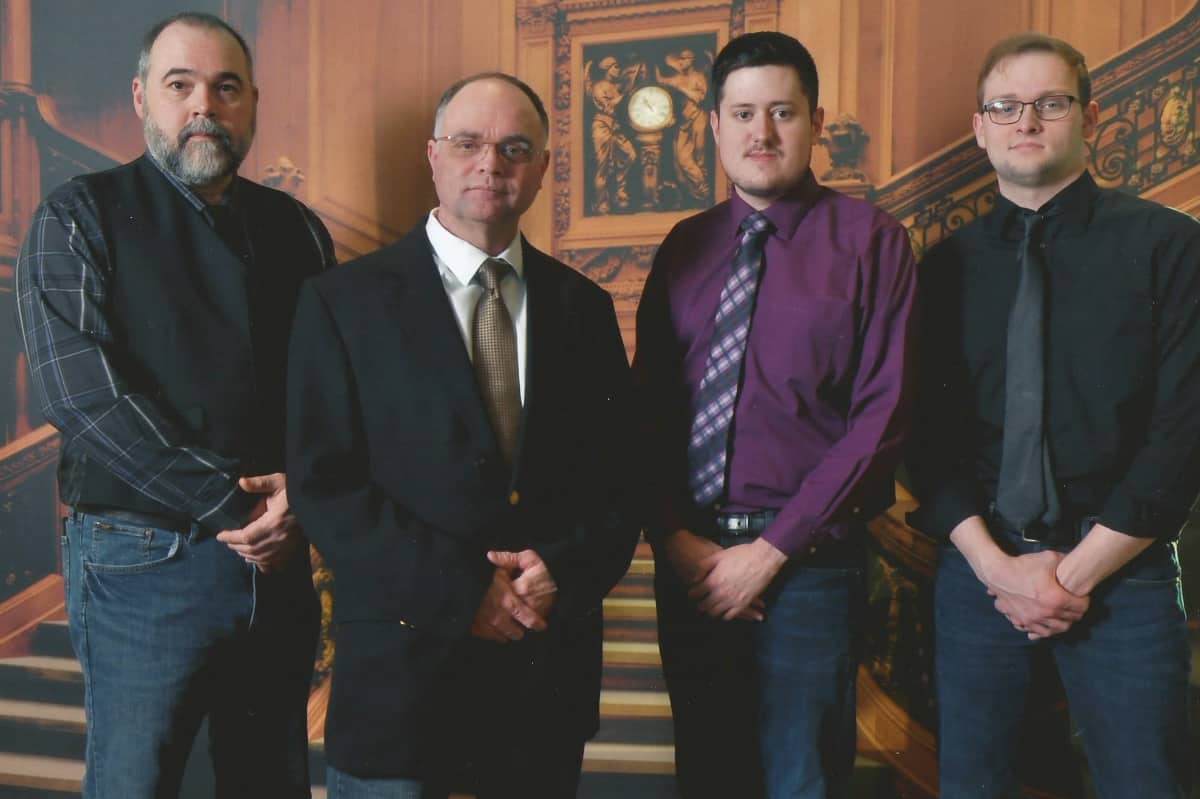 Jeff Brown is a name that has been steadily gaining popularity on today’s bluegrass circuit with fans, DJ’S and promoters alike.   He began playing at the very young age of eight or nine, and hasn’t slowed down since. He and his brother formed the Richlands Bluegrass Boys, where he played alongside Blue Highway’s Wayne Taylor with one recording project to their credit.  In 1993, Jeff went to work for the legendary Larry Sparks and the Lonesome Ramblers as bass player and tenor vocals. Having performed on many famous stages such as: the Grand Ole Opry at the world famous Ryman Auditorium in Nashville Tennessee, along with the television shows Austin City Limits in Austin Texas and Song of the Mountains on PBS .Jeff had the pleasure of being ask to record on four projects during his full time and part time tenure as a member of Larry Sparks and the Lonesome Ramblers before stepping out to front his current band, Jeff Brown and Still Lonesome.  Jeff also toured with The Charlie Sizemore Band, and has pulled fill-in duties with Blue Highway, Dr. Ralph Stanley and the Clinch Mountain Boys, and Jesse McReynolds, just to name a few.  In addition to touring, Jeff hosts his on (recorded) radio show on Saturday mornings with WXLZ 107.3 FM near his home in Lebanon Virginia. He has also served on the musician’s board with The Crooked Road and served as event coordinator and co-chair of the Virginia Mountain Music Festival held on the campus of Southwest Virginia Community College as well as served on other festival boards throughout his career, and continues to be very active in promoting and furthering bluegrass music.  He has proven, in a very short time, he’s more than capable to stand on his own two feet as a singer, player and band leader. In 2014, Jeff received the great honor of being named a Kentucky Colonel.  Jeff continues to respect his musical roots, and with two albums to his credits and a brand new project on the horizon there seems to be no slowing and with the unique ability to make any song his own, it’s certain to continue winning over bluegrass music fans wherever he goes.

Austin Brown has been playing guitar and bass since the age 3.  He is a graduate of Southwest Virginia Community College and is currently a music major at Liberty University. In addition to music, he loves football and fishing. Austin’s music influences are Ralph Stanley, Tony Rice, Wyatt Rice, Russell Moore & IIIrd Tyme Out, Blue Highway, Larry Sparks, Barry Bales, D. Sparks, and many others.

Nick Goad is from Stuart Virginia.  He began playing guitar when he was 9 and mandolin at the age of 12.  He has earned numerous trophies at a very young age including Best All Around Performer and 1st Place in Mandolin at Galax Old Time Fiddler’s Convention.  He is currently pursuing his master’s degree in business administration at Bluefield College.  Musical influences include Chris Thile, Adam Steffey and Sierra Hull to name a few.  Nick states that he is looking forward to his future in the music industry.

Rod Smith started playing the banjo at the age of 14. Born and raised near the town of Belfry in Eastern Kentucky, he was introduced to music at an early age by one of his most important musical influences, his grandfather, Orison Smith. As well as his grandfather, Rod names Terry Baucom as his major influence from the time he began playing the banjo. He attributes his love for the dobro as being sparked by local musician, Earshel Hatfield. He has played with some reputable bands such as Dismal Pike, The Timmy Cline Band, and Bits and Pieces. Rod helped to form Bits and Pieces who, in the late 1990s, won the annual Bill Morris Band Competition help at the Mountaineer Opry House in Milton, West Virginia. He also spent time as a member of Ernie Thacker & Route 23, with whom he performed at some of the largest venues in bluegrass music, such as the IBMA Awards Showcase, Poppy Mountain Bluegrass Festival, and the Bean Blossom Bluegrass Festival. Rod began his stint with Mike Bentley & CGC in early 2009 and was a major contributor to the band’s style.

Find out more at jeffbrownandstilllonesome.com.

“One of the most solid hard hitting bluegrass bands to be formed in the last 10 years. Jeff Brown and Still Lonesome brings the sounds of yesterday to life again. From top to bottom, Jeff leads the band like a Field General through a set list of some of the best music on the circuit today.”