Join us at the Floyd Country Store on Saturday, December 11, 2021 at 7:30 pm for a live concert with Junior Sisk Band. Tickets are $20 advance/$25 day of show and available for sale online and in the store. 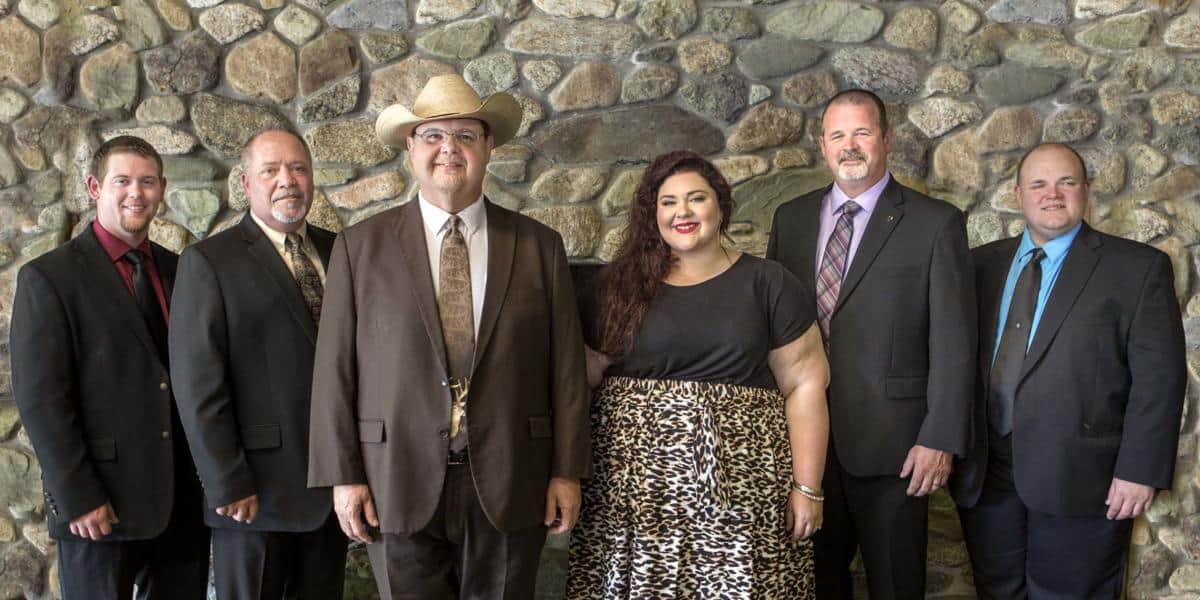 Junior Sisk is widely recognized as one of today’s top bluegrass vocalists, and a constant reminder that traditional bluegrass is still alive and well. A longtime resident of the Virginia Blue Ridge, his bluegrass pedigree runs deep. Influenced by a father who wrote songs and played guitar and a mother who sang, Sisk first learned to play around age 14. His early influences included The Stanley Brothers, Larry Sparks, and Dave Evans, but he often credits the Johnson Mountain Boys with inspiring him to pursue bluegrass professionally.

Sisk first made his mark in bluegrass as a songwriter in the early 1990s, penning classic Lonesome River Band songs like “Game (I Can’t Win)” and “Tears Are Blinding Me.” As a member of Wyatt Rice & Santa Cruz and Blueridge, he helped define the sound of driving, modern traditional bluegrass. In 1998, Sisk founded the Ramblers Choice band, and released “Sounds of the Mountains” on Rounder Records. After leaving Blueridge in 2006, he reformed Ramblers Choice and began a successful career on Rebel Records.

His 2011 album Heart of a Song helped bring the band into the spotlight and earned the prestigious IBMA Album of the Year Award in 2012. Its single “A Far Cry from Lester and Earl,” which Sisk co-wrote, became a rallying cry for a resurgence of traditional sounds in bluegrass and additionally, received the 2012 Song of the Year Award from the IBMA. Sisk was further honored when he was named 2013 IBMA Male Vocalist of the Year, and his band earned the 2014 SPBGMA Bluegrass Band of the Year award. In 2016, “Longneck Blues,” a collaboration with noted singer-songwriter Ronnie Bowman, was named Recorded Event of the Year by the IBMA. Most recently, Sisk received the 2017 Male Vocalist of the Year award from SPBGMA.

In 2015, Sisk signed with Mountain Fever Records and has been happily turning out hit after hit for them ever since. His most recent album, LOAD THE WAGON currently tops the National Survey Chart with Bluegrass Unlimited as well as ranking in the top 5 on Bluegrass Today and the Roots Music Chart with various single multiple times.

The Junior Sisk Band consist of:

You can donate to support the musicians and The Floyd Country Store using the links below or through the Venmo mobile app to @floydcountrystore.