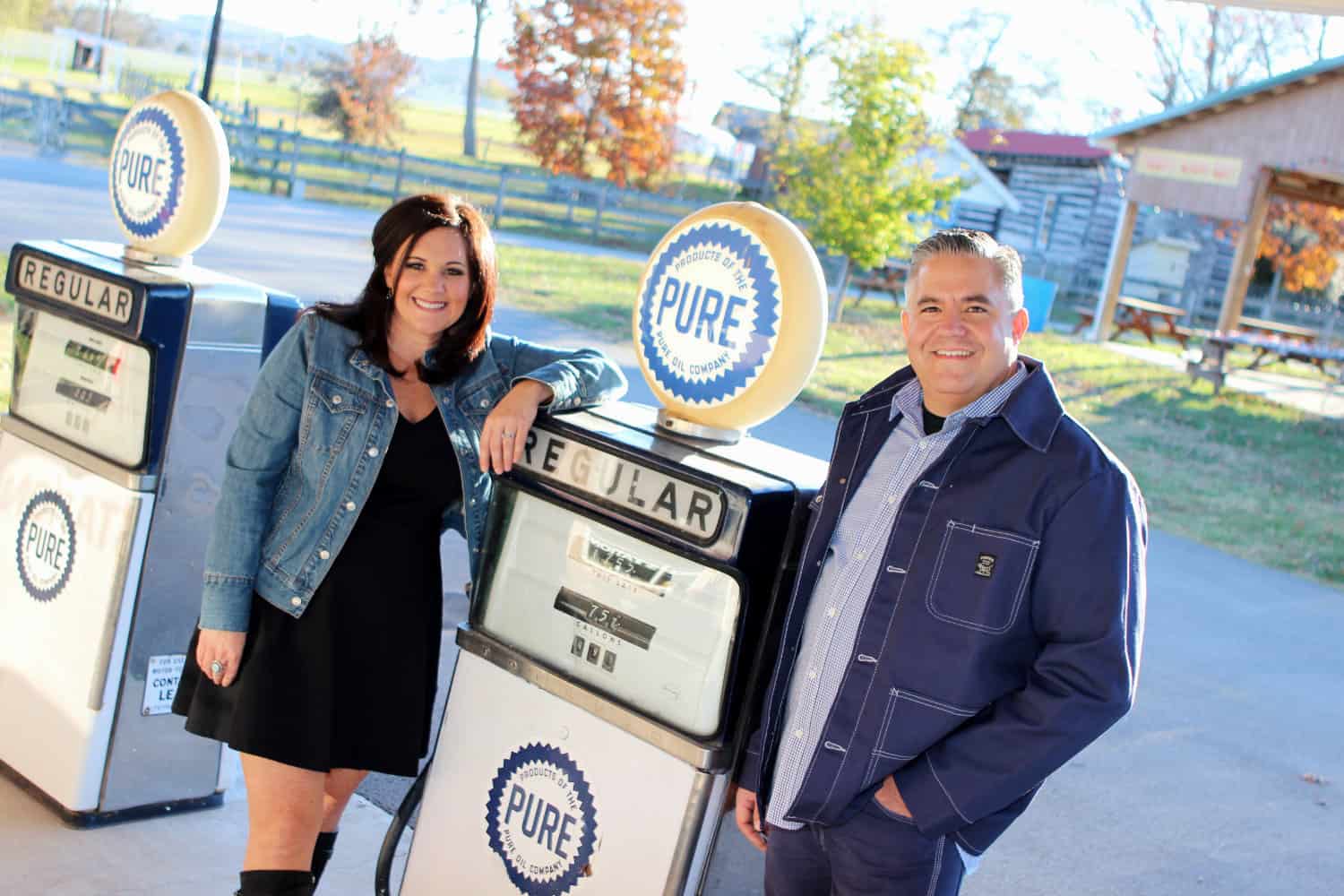 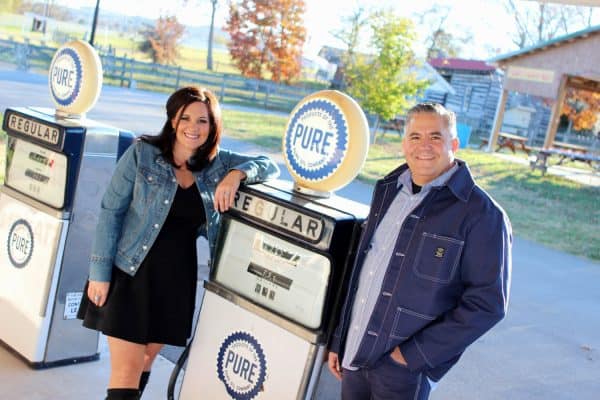 Winners of the International Bluegrass Music Association’s prestigious Emerging Artist of the Year award in 2003, the Kenny and Amanda Smith Band combines gutsy, heartfelt vocals, brilliant instrumental talents and a powerful, contemporary sense of song choice and arrangement into one of the most compelling new sounds in bluegrass today.

A creation of the intensely personal musical and romantic connection between Kenny and Amanda, the band shares an all-too-rare sense of intimacy and cohesion where each musician feels an almost telepathic connection. Musicians call it being in the groove, where the group collectively accents each beat in precisely the same way. With Kenny leading the way on guitar, this band never has trouble finding the groove.

Originally from Nine Mile, Indiana, Kenny is widely considered one of the most important and influential flatpicking-style guitarists of his generation. A two-time IBMA Guitarist of the Year award winner, his professional credits include six years with the popular Lonesome River Band and an exceptional solo CD, Studebaker, released on Sugar Hill Records in 1997.

Born in the small town of Davisville, West Virginia, Amanda grew up singing in church choirs and participating in talent contests at local fairs. “I always sang, my mom and dad said, even before I can remember,” she says. She started playing guitar in high school to accompany herself, and soon discovered bluegrass music through female artists such as Rhonda Vincent and Alison Krauss.

Amanda met Kenny at a Lonesome River Band concert, and the couple began dating and playing music together almost immediately. “I wouldn’t say it was love at first sight, but there was definitely something there,” she says. Their shared Christian faith, love for bluegrass and desire to perform together led them to record a debut CD, Slowly But Surely, in 2001. Recruiting several of their favorite players for the session, the album surged up the bluegrass charts on the strength of their hit song, “Amy Brown.”

Winning IBMA’s Emerging Artist Award came as an unexpected thrill for the band. “We were blown away just to be nominated; we didn’t know whether anyone was even paying attention to what we were doing” says Kenny. “So to hear our names called and to go up on that stage was just amazing.”

The band’s second release, House Down The Block, on Rebel Records, further solidified its position as one of the best new bands in bluegrass. Their third album is 2005’s Always Never Enough. In early 2007, Tell Someone, the band’s first-ever all-gospel project, was released on Rebel Records.

“We’d been wanting to do that project for a long time really,” says Kenny. “Ever since Amanda and I met, those were some of the songs we sang together.” Eventually, the band and Rebel Records determined the time was right for the project and booked the necessary studio time. “About two weeks before we were supposed to go in and record it, my dad was involved in a fatal tractor accident, and it just changed the whole project.”

“I don’t think I’ve ever gone through an experience like that, coming out of the funeral and then going right in and doing a project,” says Kenny. “But it was emotionally a whole different outlook. You just feel closer to the Lord after something like that happens and it really made a difference in the project I think, and I think that’s why it touched other people. I think everybody that hears the project can hear what was going on through the songs. It was more of a healing process for us, some of the songs just totally spoke to us while we were singing them.”

Critics and fans alike were drawn to the heartfelt performances on Tell Someone, resulting in Grammy, GMA Dove Award and International Bluegrass Music Association award nominations. Also, the song “Shoutin’ Time” was nominated for Song of the Year at the Singing News Awards.

In September 2008, the band released Live and Learn, their fifth album, on Rebel Records. With dynamic vocals and inventive instrumentation, the exciting, diverse disc also features the pitch-perfect song choice that has marked every release of the Kenny and Amanda Smith Band.

2012 Kenny & Amanda released “Catch Me If I Try” which climbed up the charts to #1. The album also gave Amanda a spot in the Female Vocalist of the Year category for the IBMA in 2013.