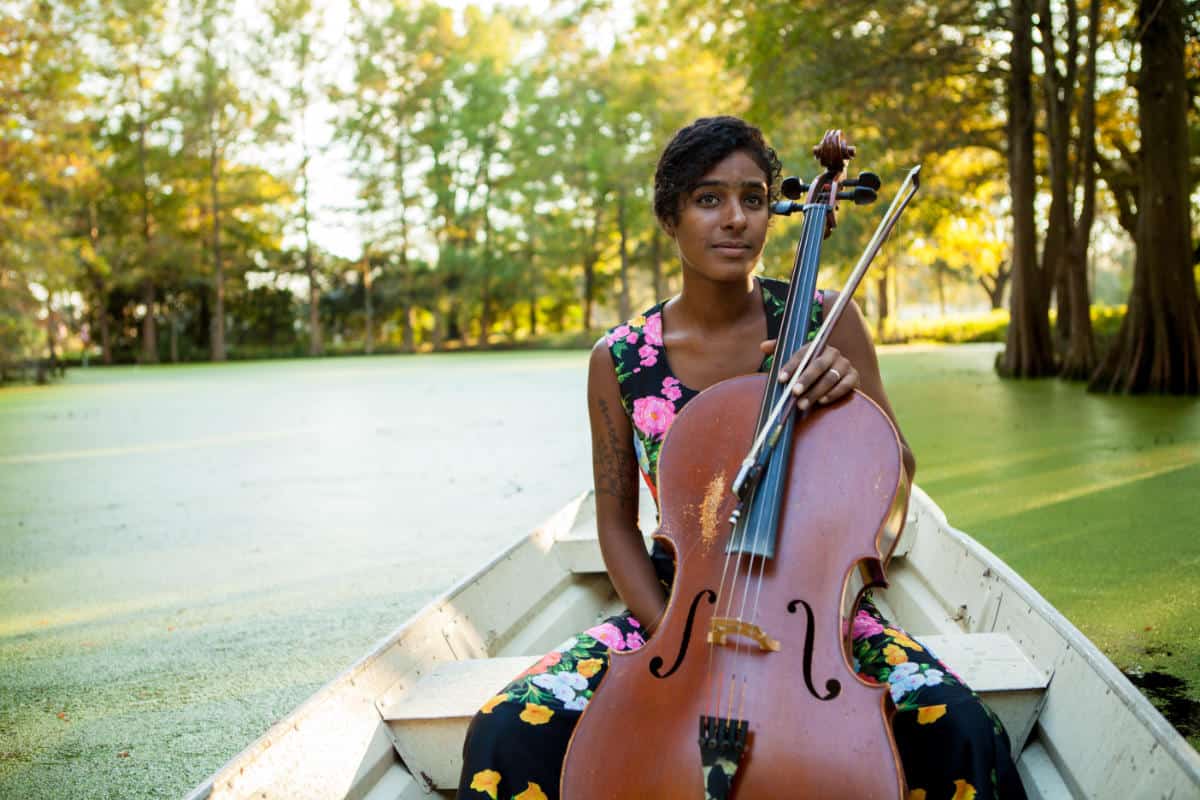 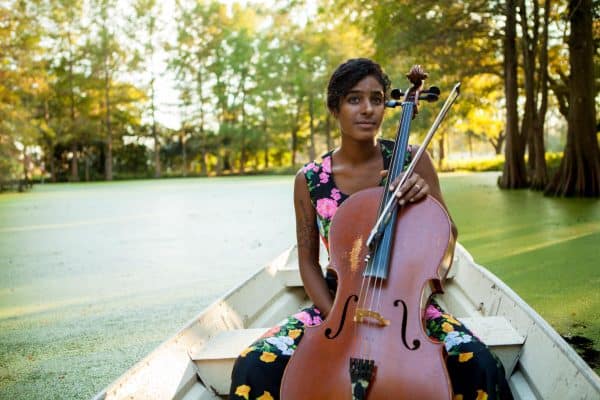 Named 2013’s Album of the Year by the London Sunday Times and Songlines magazine, Leyla McCalla’s debut album, Vari-Colored Songs: A Tribute to Langston Hughes, made a profound impression upon all who heard it. The record, which set some of Hughes’ poems to Leyla’s music, and also included original compositions and Haitian folk songs, received rapturous reviews for its haunting mixture of music and message.

A Haitian-American who sings in French, Haitian Creole and English, Leyla McCalla plays cello, tenor banjo and guitar. Deeply influenced by traditional Creole, Cajun and Haitian music, as well as by American jazz and folk, her music is at once earthy, elegant, soulful and witty — it vibrates with three centuries of history, yet also feels strikingly fresh, distinctive and contemporary.

Offbeat called Vari-Colored Songs “ambitious, deep and gorgeous,” while the Boston Globe described the record as “at once varnished and sparse, like field recordings in high definition.” The track “Heart of Gold” was featured on NPR, which noted that the song’s instrumentation “sounds like lonesome nighttime.” But it was the New York Times who perhaps put best, characterizing the album’s material as “weighty thoughts handled with the lightest touch imaginable.”

Born in New York City to Haitian immigrant parents, and raised in suburban New Jersey (with a couple of teenage years spent in Accra, Ghana), Leyla experienced a renewed sense of connection with her Haitian heritage after moving to the Crescent City in 2010. “I feel very at home here,” she says. “The more I learned about the history of Louisiana, its ties to Haiti and French speaking culture, the more sense of belonging I felt and continue to feel.” The relocation led to her appearance on the Carolina Chocolate Drops’ GRAMMY-nominated 2012 album Leaving Eden, as well as extensive concert dates as a touring member of the group. It also deeply enriched Leyla’s own music and sharpened her sense of purpose, setting her on the path that ultimately resulted in the making of Vari-Colored Songs.

Featuring songs sung in English, French and Haitian Creole, A Day For The Hunter, A Day For The Prey will include guest appearances by legendary guitarist Marc Ribot, Rhiannon Giddens of the Carolina Chocolate Drops, Louis Michot of the Lost Bayou Ramblers, and New Orleans singer-songwriter/guitarist Sarah Quintana. “There’s a lot of goodness around this record,” Leyla says. “There will be new arrangements of traditional songs, but maybe a third of the album will also be original material. I’m really interested in continuing to develop that part of my work — and I’m really excited to be moving forward creatively.”