Tickets to the show are SOLD OUT. Go to Floyd Country Store TV and become a Subscriber or purchase Pay-Per-View tickets to watch at home.

Join us at the Floyd Country Store on Saturday, November 12, 2022 at 7:00 pm for a live concert with Lonesome River Band. Tickets are $30, available for sale online and in the store. 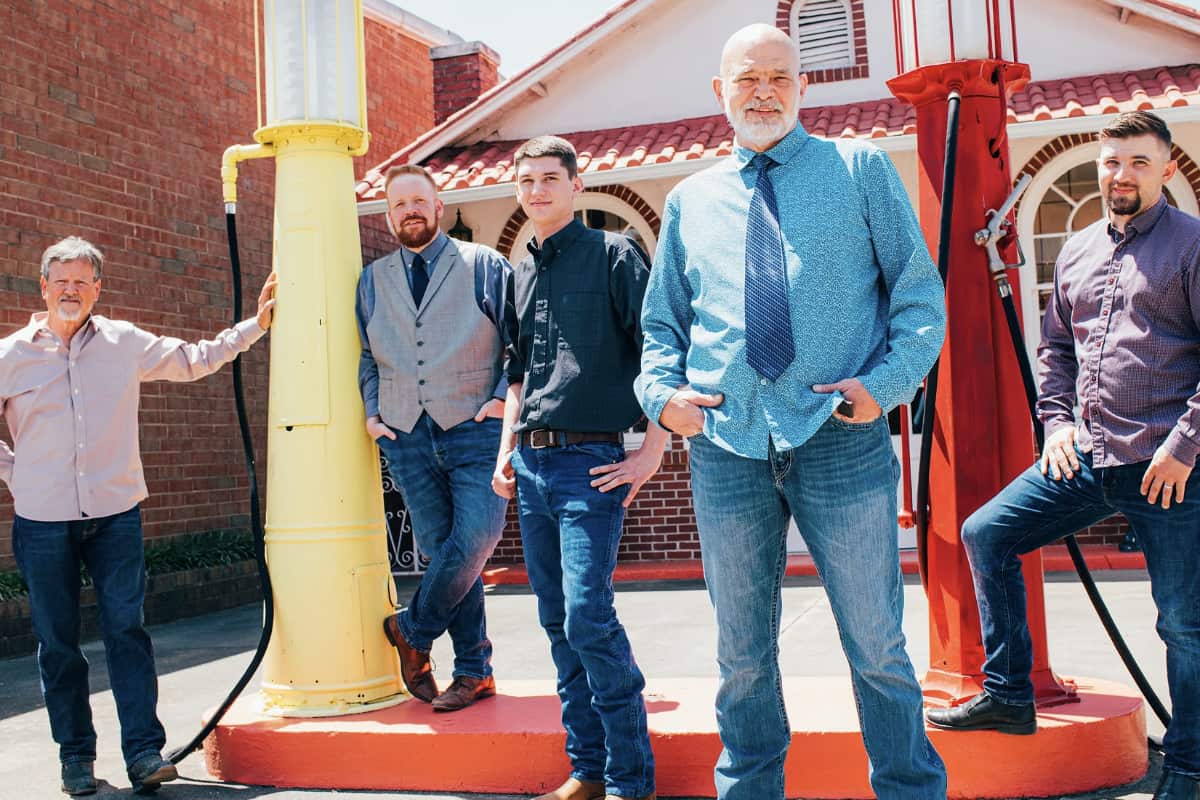 Lonesome River Band’s vocal and instrumental talents seamlessly come together as they perform their trademark sound that fans continue to embrace. Their vocal and instrumental skills are performed by: acclaimed singer-songwriter Brandon Rickman on lead vocals & guitar; the 2017 IBMA Momentum Award Vocalist of the Year Jesse Smathers on lead vocals & mandolin; fiddle extraordinaire Mike Hartgrove; outstanding bassist Barry Reed; and Virginia Country Music Hall of Famer, Steve Martin Prize Winner, and five-time IBMA Banjo Player of the Year, Sammy Shelor. The stellar harmony vocals by Rickman and Smathers is certainly highlighted in the band’s recent albums. In 2018, Lonesome River Band received an IBMA Album of the Year nomination for their selfproduced Mayhayley’s House on the Mountain Home Music Company label. They dedicated the album to Mayhayley Lancaster, a self-proclaimed “Oracle of the Ages” who handed out “readings” and personal predictions at her home in southwest Georgia’s Heard County. The bluegrass tinkers of tradition also dedicated the album to its fans; and, to people who understand that traditions once lost are rarely recovered. The musicianship, song selection and vocals are stellar.

This award-winning band again built on their familiar sound while adding bold progressiveness to their March 19, 2016 Mountain Home Music Company album, Bridging the Tradition that made its debut at #2 on Billboard’s Top 10 Bluegrass Album Chart. The album received a 2016 IBMA Award Nomination for Album of the Year along with “Thunder & Lightning” for Song of the Year, “Rockin’ of the Cradle” for Gospel Recorded Performance of the Year, and Sammy Shelor for Banjo Performer of the Year. Lonesome River Band continues to evolve in the ever-changing landscape of Bluegrass and Acoustic Country music. With this album, the band once again delivered incredible, ground-breaking music that is rooted in the tradition it began decades ago.