Join us at the Floyd Country Store on Sunday, October 9, 2022 at 7:00 pm for a live concert with Missy Raines & Allegheny. Tickets are $17.50, available for sale online and in the store. 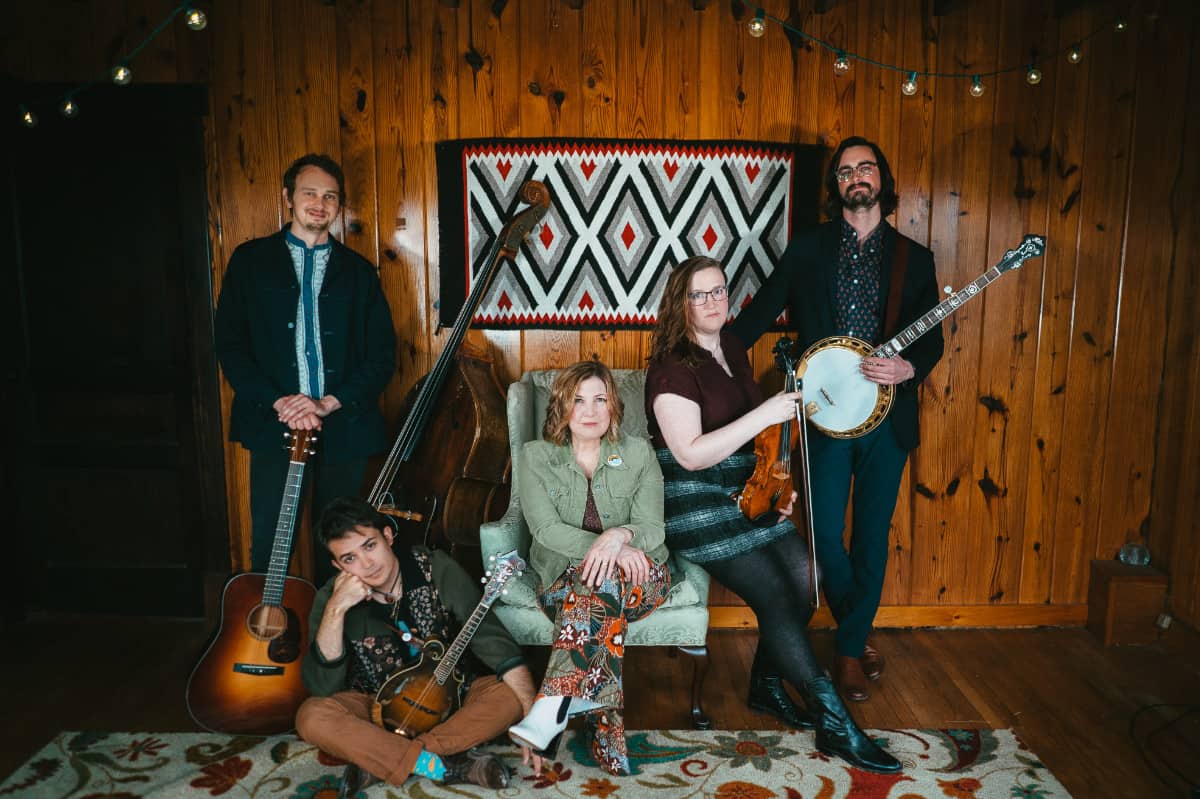 GRAMMY® nominated Missy Raines was named 2021 International Bluegrass Music Association Bass Player of the Year, for the 10th time, more than any other bass player in the history of the organization. Missy Raines has proven herself without doubt as an iconic bluegrass instrumentalist. But with the success of her latest release, Royal Traveller, Raines has stepped into the spotlight as a songwriter and singer as well. Royal Traveller was nominated for a GRAMMY® in 2020 and was produced by Compass Records co-founder and renowned banjoist, Alison Brown.

Currently, Missy is touring with her own band, Missy Raines & Allegheny, a bluegrass ensemble featuring banjo, fiddle, mandolin, guitar, and bass. With more than a nod to her deep bluegrass roots, Allegheny offers Missy fertile ground to bring a together a lifetime of traditional inspiration along with her unique approach to string band music.

An experienced teacher, Missy has been teaching bass at workshops and music camps all over the world since 1998 and also heads the ArtistsWorks Academy of Bluegrass School of Bluegrass Bass, an online learning platform that features its’ trademarked Video Exchange technology

In 1998, Raines became the first woman to win IBMA’s Bass Player of the Year award. Her album, Royal Traveller, highlights this particular piece of Raines’ history with the stand out track “Swept Away”, which features the first 5 women to win IBMA instrumentalist awards, Raines, Brown, Sierra Hull, Becky Buller, and Molly Tuttle. “Swept Away” was named 2018 IBMA Recorded Event of the Year.

Missy’s version of the iconic Flatt & Scruggs “Darlin Pal(s) of Mine”, (from the same album), was named 2019 Instrumental Recording of the Year by the IBMA. The tune features Alison Brown on banjo, Todd Phillips on bass and Mike Bub on bass.

In 2020, Missy received the IBMA Song of the Year award along with co-writers, Becky Buller and Alison Brown for “Chicago Barn Dance”, a song written specifically for the Chicago-based band, Special Consensus.