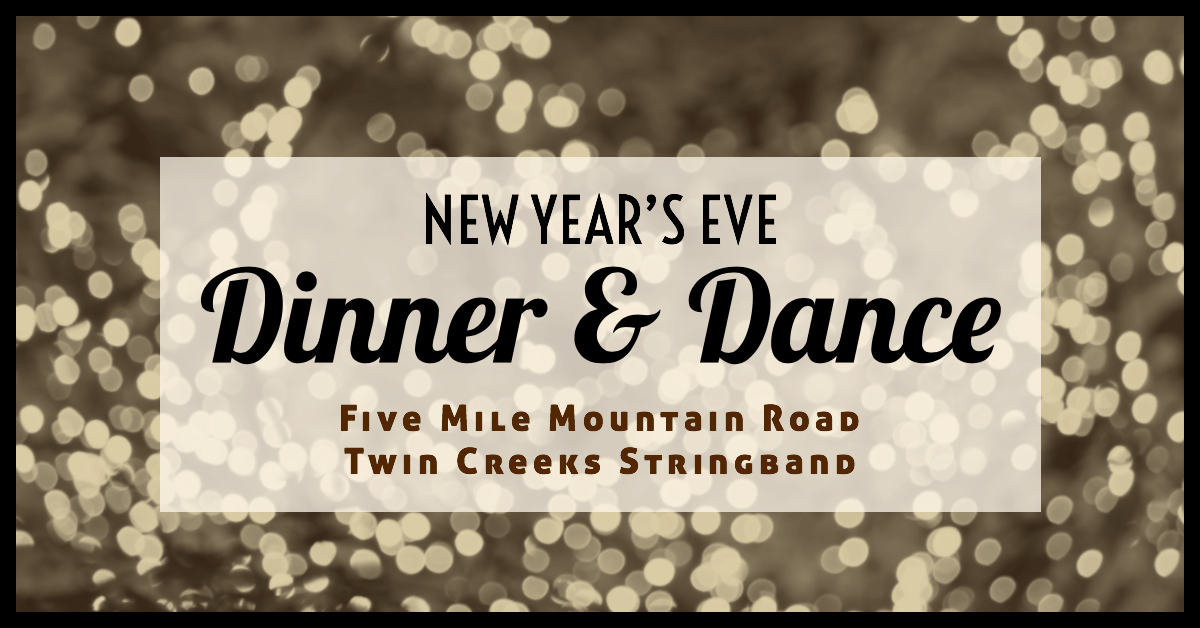 Join us at the Floyd Country Store for dinner and dancing on New Years Eve with Five Mile Mountain Road & Twin Creeks Stringband. Dinner is served from 6:00pm – 7:30 pm. Dancing 8:00 pm – midnight. Tickets are $28 for dinner & dance, $12 for the dance only.

DINNER IS SOLD OUT. Dance Only tickets are still available below or at the door.

Five Mile Mountain Road brings you old-time music with a fresh approach. From the old-time sounds of Charlie Poole and the fiddle music of Clark Kessinger, to first-generation Blue Grass music and original arrangements of western swing, to ragtime and jazz, Five Mile Mountain Road presents an authentic old-time experience reminiscent of the music once heard at dance halls and theaters in days gone by.

Fiddlin’ Billy Hurt sets the pace with the fiddle. A journeyman old-time and blue grass fiddler from Franklin County, Virginia, Hurt is widely known as one of the finest fiddle players in the business. Brennen Ernst, a native of Lucketts, Loudoun County, Virginia, is a multi-talented instrumentalist and provides powerful lead and rhythm guitar and rousing piano playing to help shape the unique Five Mile Mountain Road sound. Franklin County native Seth Boyd comes from a well-known musical family and drives the music with his expertise on multiple styles of old-time banjo. Caleb “Duke” Erickson from Rockford, Illinois, also plays rhythm guitar, along with Travis-style and flat-picking lead guitar. J. C. Radford, also a Franklin County native, is an accomplished bass player and writer of the band’s theme song “Five Mile Mountain Road”. All the members of the band contribute vocals and also write original material that help make up the band’s repertoire.