Join us on Saturday, June 11, 2022 for an Old Time Dance with The New Ballards Branch Bogtrotters. Come hit the dance floor at The Floyd Country Store with friends and family! Tickets are $10 advance, $12 day of show. Friends & Fixtures card holders are $5 advance, $8 day of show. 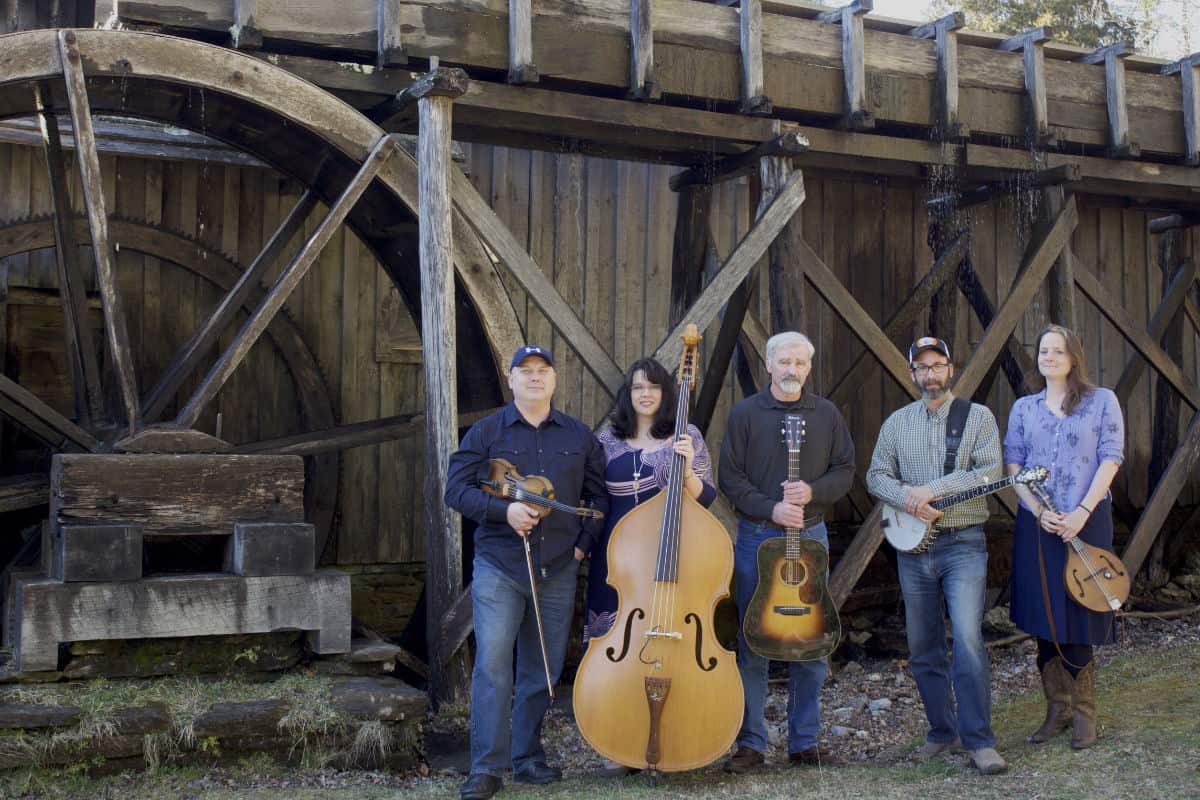 In 1986 a group of musicians from the Galax, VA area formed a new band. The New Ballards Branch Bogtrotters took their name, in part from the original Bogtrotters of the 1930’s also because band leader Dennis Hall lives on Ballards Branch. Dennis’ home is very close to the home of Uncle Eck Dunford who played fiddle in the original band. The other members of the original Bogtrotters were Uncle Wade Ward, his brother, Davy Crockett Ward, and nephew Fields Ward, and Doctor Davis. They won the very first fiddlers Convention in Galax setting a precedence for all that follow in their footsteps. The New Ballard’s Branch Bogtrotters continue to play in the traditional Appalachian string-band style often playing for square dances around the region. Rounding out the Bogtrotters lineup are: Eddie Bond on Fiddle,Dennis Hall on Guitar, Josh Ellis on Clawhammer Banjo, Bonnie Bond on Bass and Caroline Noel Beverley on Mandolin. Old time music is alive and well, and continues to attract fans of all ages. The New Ballards Branch Bogtrotters remain a driving force in carrying the traditional music of the Virginia/Carolina Blue Ridge into the new millennium. It is our hope to be an inspiration for future generations of mountain musicians!