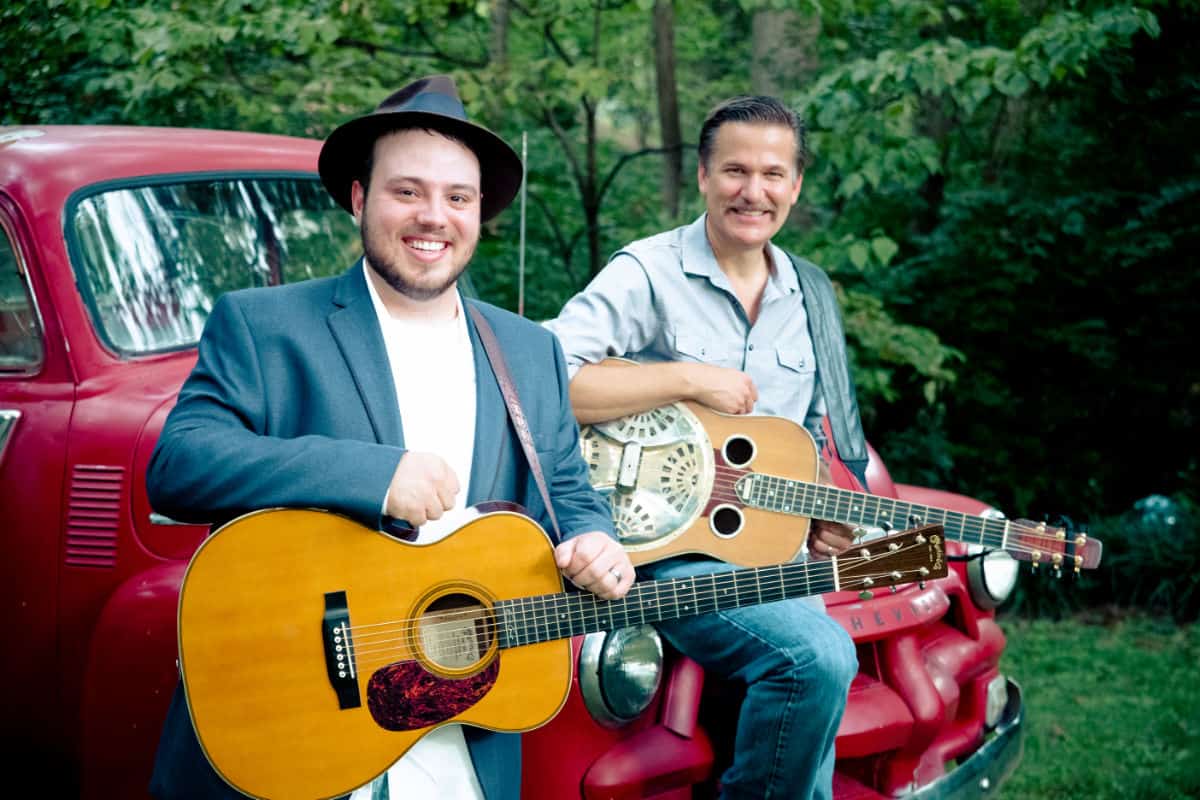 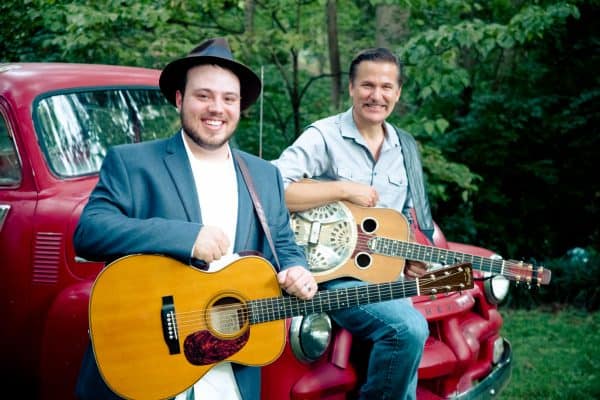 Based on a mutual love of bluegrass, country, blues, western swing, and other string band music of all kinds, the partnership of dobro player Rob Ickes (who also plays superlative lap steel guitar in the duo on occasion) and acoustic/electric guitarist Trey Hensley continues to delight and astound audiences of traditional American music around the globe. Since the duo decided to join forces and make their collaboration the focus of their touring and recording careers in 2015, after cutting their first album on Compass, Before The Sun Goes Down (nominated for a Grammy), they have continued to bring their music to venues near and far. They’ve performed in places as close to home as Nashville’s world famous Station Inn—a frequent and favorite showcase– and as far away as Denmark’s Tonder Festival as well as an impressive number of the most prestigious US music festivals, including Rockygrass, ROMP, Wintergrass, Bluegrass Underground, and the Freshgrass Festival, just to name a few. They have toured the European continent four times, as well as England, Ireland, and Australia. Their second album on Compass, Country Blues, released in 2016, testified to the growing diversity and expansion of their collaborative talents and repertoire. The duo were key players on “Original,” the recent highly lauded Compass album by bluegrass giant Bobby Osborne; their participation garnered a Recorded Event Of The Year Award for Bobby’s version of “Got To Get A Message To You” on that album at this year’s IBMA Awards; they also were on the 2016 Recorded Event winner, ”Fireball,” featuring Special Consensus, in 2016. Upcoming news includes Rob and Trey sharing a number of concert bills, beginning in the fall of 2017 with the great and influential mandolin master David Grisman and Australia’s fleet finger picking guitarist Tommy Emmanuel, both enthusiastic admirers of the duo.

Rob and Trey continue to leave their singular–and ever growing—footprint on the world of traditional music of America–be it bluegrass, traditional country, acoustic—and electric– blues, or jazz. Of their collaboration, Rob has said this: “It works in so many different ways…Trey and I have always clicked, and when he and I know what’s going on, everyone else just grabs on—and that’s kind of the fun of the gig; it’s constantly changing.” Whether they’re appearing as a duo, with a bass, or with bass, drums, and fiddle, they never fail to kick up some musical dust. The excitement at their gigs is palpable, it is contagious, and it is constant. Their sets tend to be a heady mix of the familiar and beloved and the new and unexpected. Trey’s list of powerful original songs has grown quickly since the two started working together, and Rob invariably plays several sparkling instrumentals, both on dobro and lap steel, new and old.. He is also on record as saying that one of his great satisfactions as a dobro player is accompanying a great vocalist, something the partnership allows him every night.

Rob, who grew up in California’s Bay Area, cut his teeth on traditional bluegrass, since several family members played. He fell in love with the dobro—or more precisely, the resophonic guitar—almost immediately, after his brother Pat played a tape of the legendary Mike Auldridge for him. After moving to Nashville in the early ‘90s, he quickly became one of the instrument’s acknowledged masters. He soon began touring with several top bluegrass acts, and also became a familiar face at recording studios in town. His fluid, lyrical, yet stinging style has graced the recordings and concerts of bluegrass artists as diverse as Earl Scruggs, Alison Krauss, The Cox Family, Tony Rice, and more, plus such mainstream artists as Vince Gill, Alan Jackson, Toby Keith, Reba McEntire, and even erstwhile rocker David Lee Roth on his ‘bluegrass’ album. Additionally, Rob has won the Dobro Player of The Year Award from the IBMA an unprecedented FIFTEEN times. He was also a founding member of the critically acclaimed bluegrass ‘super group’ Blue Highway for twenty one years. Fulfilling a lifelong dream of not only meeting but playing with his personal number one hero, Rob was a key member of the band who backed fellow Californian Merle Haggard on Merle’s 2007 album The Bluegrass Sessions.

Trey shares Rob’s admiration for the legendary Hag and features several of his songs in his repertoire. In fact, his rich, resonant baritone voice can sound at times uncannily like The Okie From Muskogee…but he is capable of far more than that. He also plays blues and rhythm and blues on both acoustic and electric guitar, from the repertoires of artists as diverse as The Allman Brothers, Ray Charles, Charlie Daniels, and Stevie Ray Vaughn…and Rob and Trey’s rendition of The Grateful Dead’s Friend Of The Devil needs to be heard live to be fully appreciated. Trey also shares Haggard’s well known love of western swing, and he sings it and plays it with authority; Rob loves playing it, too, often on lap steel guitar. Trey is also a talented writer; the band’s repertoire is dotted with his original compositions. Both he and Rob have what is called in the trade ‘big ears,’ and this musical curiosity has enhanced their music immeasurably.

Even more precocious than his musical partner, Trey grew up in eastern Tennessee, one of the cradles of traditional music. He doesn’t seem to have ever doubted what he was meant to do, and in fact, when he was eleven years old, he was brought onstage by Marty Stuart to play with Marty and Earl Scruggs—at the Grand Ole Opry. He was making music—and albums—with famous players before his voice changed. He has played onstage or opened for artists as diverse as Johnny Cash, Charlie Daniels, Steve Wariner, and Peter Frampton. It was his singing on what was meant to be a scratch vocal on a Blue Highway album that first brought him to the attention of Rob Ickes. Ultimately, the vocal stayed on the album, Trey moved to Nashville, and in partnership with Rob, they began to make all manner of exciting music. Shortly after Trey appeared on the scene in Music City, bluegrass Hall Of Famer Roland White was heard to remark in wonderment, that he had a new favorite guitar player in Nashville—and Roland knows a few things about guitar players. Needless to say, Roland is not the only fan Trey has made in Nashville. In many ways, this musical partnership is the ideal vehicle for both partners. Their excitement at playing together continues unabated; as their enthusiasm charges the creativity of their collaboration on a nightly basis. It is the audience who stands to be the big winner.