A Night of Telegrass with Sammy Shelor & Friends

Join us at the Floyd Country Store on Saturday, January 22, 2022 at 7:30 pm for A Night of “Telegrass” with Sammy Shelor & Friends, featuring Rod Riley, Jesse Smathers and Barry Collins. Tickets are $15 advance/$20 day of show and available for sale online and in the store. 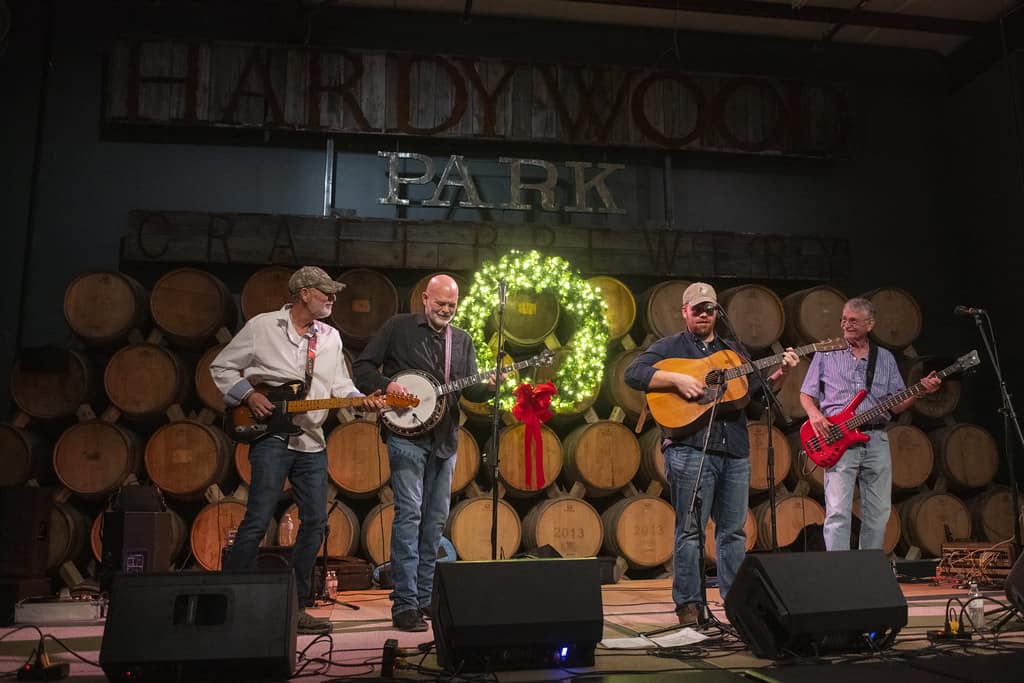 Sammy got an early start with the banjo, when his grandfather fashioned him a banjo from an old pressure cooker lid when Sam was only four years old. His other grandfather then issued a challenge, promising to buy him a real banjo if the young Shelor would learn to play two songs. Sammy met that mark in short order, and with the help of a family devoted both to him and to bluegrass music, he soon found himself entered in contests at fiddler’s conventions near his home in southwestern VA.

By age 10, he was performing in local bands and became a full time professional musician when he graduated from high school, joining The Heights Of Grass at age 19. That band eventually morphed into The Virginia Squires, and brought Sammy into contact with banjo legend Sonny Osborne, who helped shape the young picker’s approach to working as a pro banjo player. Sonny also showed him the importance of using a quality instrument, and introduced him to the sound of the pre-war flathead Gibson banjos that are now so highly prized by banjo players all over the world.

Since becoming a member of Lonesome River Band, Sammy has been featured on dozens of successful recordings, both with LRB and as a guest player. His solo project, Leading Roll, is still a popular title in the Sugar Hill Records catalog and his work on Knee Deep In Bluegrass for Rebel Records helped that project earn the Instrumental Album Of The Year award from the IBMA in 2001.

As a testament to Sammy’s prominence and influence in the banjo world, he has his own signature Sammy Shelor banjo fingerpicks, and a signature model banjo produced by Huber Banjos. His influence on amateur and semi-pro pickers can be demonstrated by a casual walk through the parking lots or jam sessions at any bluegrass event, where licks and phrases which Sam has added to the repertoire are heard alongside those contributed by Earl Scruggs and JD Crowe.

​As one of the most sought after banjo players in the business, Sammy guests with numerous other artists including recording and performing (The Late Show with David Letterman) with country superstar Alan Jackson (“The Bluegrass Album), Zac Brown Band, and more.

​Sammy has received a multitude of awards and recognitions during his impressive career including his induction into the 2009 Virginia Country Music Hall of Fame, 5-time recipient of the IBMA Banjo Player of the Year Award, 2011 winner of the 2nd Annual Steve Martin Prize for Excellence in Banjo and Bluegrass, and 3-time winner of the SPBGMA Banjo Performer of the Year Award.