Put on your dancin’ shoes and join us for a square dance with celebrated caller Phil Jamison on Saturday, November 19, 2022 at 7:00pm. Live music will be provided, band announcement coming soon. Tickets are $12, available for sale online and in the store. Friends & Fixtures card holder tickets are $5-$8 at the door. 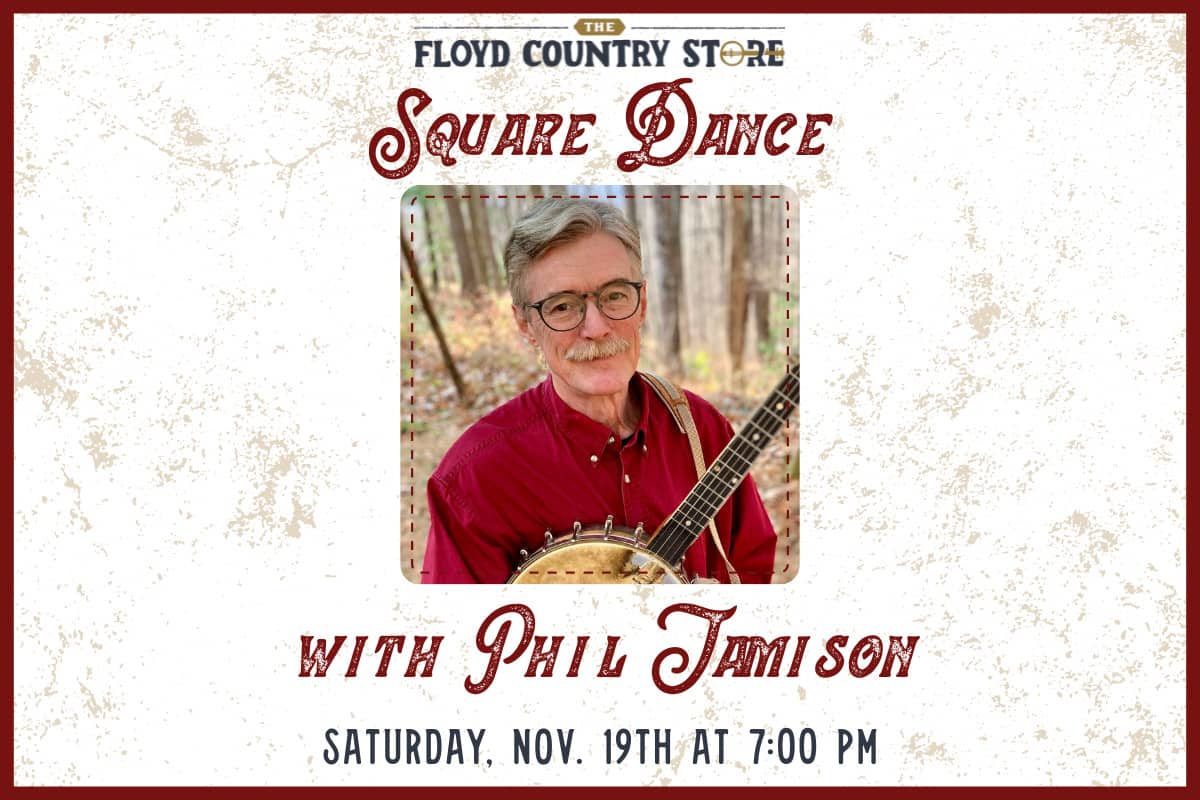 Phil Jamison is nationally-known as a dance caller, old-time musician, and flatfoot dancer. He has called dances, performed, and taught at music festivals and dance events throughout the U.S. and overseas since the early 1970s, including over forty years as a member of the Green Grass Cloggers. His flatfoot dancing was featured in the film, Songcatcher, for which he also served as Traditional Dance consultant. From 1982 through 2004, he toured and played guitar with Ralph Blizard and the New Southern Ramblers. He also plays old-time fiddle and banjo.

Over the last thirty years, Phil has done extensive research in the area of Appalachian dance, and his book Hoedowns, Reels, and Frolics: Roots and Branches of Southern Appalachian Dance (University of Illinois Press, 2015) tells the story behind the square dances, step dances, reels, and other forms of dance practiced in southern Appalachia. A 2017 inductee to the Blue Ridge Music Hall of Fame, Phil teaches traditional music and dance at Warren Wilson College in Asheville, North Carolina, where for twenty-five years he served as coordinator of the Old-Time Music and Dance Week at the Swannanoa Gathering.