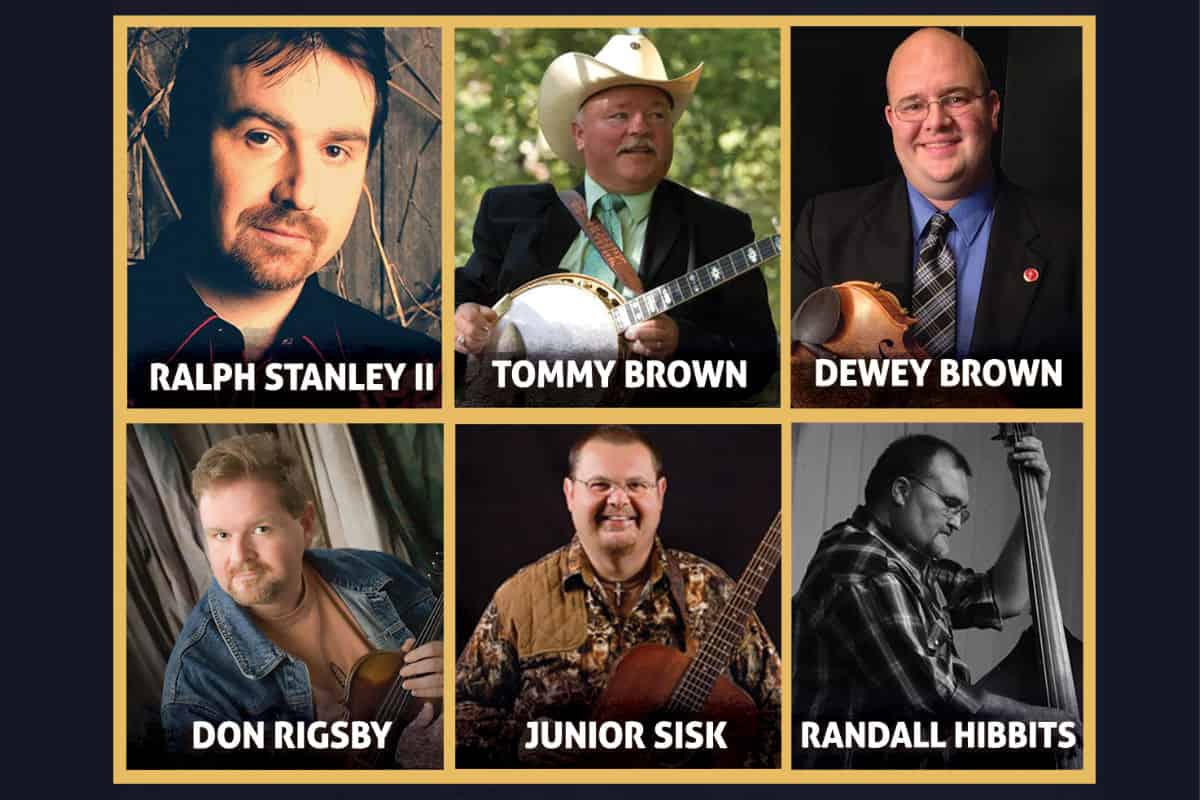 Join us at 6:00pm before the show for “The Music of the Stanley Brothers,” a gathering of the artists to talk about the impact of the legendary Stanley Brothers on their music and lives. Free admission. 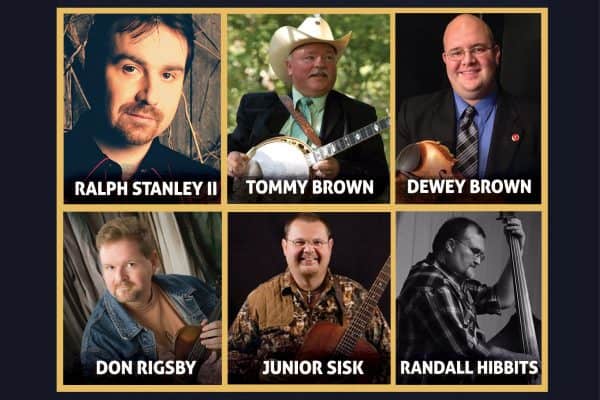 This special gathering of musicians who cut their teeth on the music of Carter and Ralph, the Stanley Brothers, was one of the most popular concerts from the 2018 Homecoming, and deserved to be shared again. As members of Ralph Stanley’s Clinch Mountain Boys or as musicians with their own careers, these artists have carried the music of the Stanley’s to whole new generations just now discovering the style of music that Dr. Ralph always referred to as “mountain music.”

At 6:00 pm the artists will gather on stage to share what the music of the Stanley Brothers means to them and the lasting impact of one of the earliest and most important groups in bluegrass history.

Before, during, and after the concert enjoy browsing the authentic Floyd Country Store, a gathering place in the community for over 100 years and home to the world-famous Friday Night Jamboree.

About the Stanley Brothers and the Artists

Carter Stanley (1925-1966) and Ralph Stanley (1927-2016), brothers who both hailed from Dickenson County, Virginia, were the most traditional sounding of ﬁrst-generation bluegrass music greats. After serving in the military during World War II, the Stanleys in 1946 formed a band featuring Carter on guitar and lead vocal and Ralph on banjo and tenor vocal. With their band the Clinch Mountain Boys (the group was often credited as The Stanley Brothers), the Stanleys made nearly four hundred recordings for several national and regional labels. Closely affiliated with WCYB radio in Bristol, Virginia/Tennessee, but also working out of other locales (including the Suwanee River Jamboree in Florida), the group had one of the most distinctive repertoires in bluegrass, including such Carter Stanley-penned classics as “White Dove,” “The Fields Have Turned Brown,” and “I’ll Never Grow Tired of You.”

After Carter’s death in December 1966, Ralph continued performing and recording with a new version of the Clinch Mountain Boys, and this band’s “high lonesome sound” became popular at bluegrass festivals across the US. Musicians that appeared with Ralph Stanley during these years constituted a bluegrass and country music Who’s Who, including Curly Ray Cline, Melvin Goins, Larry Sparks, George Shuffler, Jack Cooke, Roy Lee Centers, Keith Whitley, Ricky Skaggs, Charlie Sizemore, Ernie Thacker, and Ralph Stanley II. In 1976 Ralph Stanley received an honorary Doctorate of Music from Lincoln Memorial University, which inspired his nickname “Dr. Ralph.” Continuing to tour and record until shortly before his death on June 23, 2016, Stanley received many awards, including a National Heritage Fellowship; additionally, he was inducted into the Grand Ole Opry and the International Bluegrass Music Association Hall of Honor. Stanley won the Best Male Country Vocal Performance Grammy Award for his a cappella performance of “O Death,” featured on the soundtrack for the movie O Brother, Where Art Thou? The Ralph Stanley Museum and Traditional Mountain Music Center—celebrating his life and music and located in Clintwood, Virginia—was dedicated in 2004 as one of the Crooked Road’s major venues. Despite ample opportunities to pursue his career elsewhere, Stanley desired to live his life in his home place of Southwest Virginia, making Dr. Ralph the embodiment of what the Crooked Road celebrates—the connection between traditional artists and the culture and community they represent.

The Crooked Road’s Mountains of Music Homecoming is made possible by the support of the Appalachian Regional Commission, Food City, National Endowment for the Arts, Virginia Department of Housing & Economic Development, Virginia Tobacco Region Revitalization Commission, Virginia Tourism Corporation, Blue Ridge Beverage, Virginia State Parks, Virginia Commission for the Arts, and McGuireWoods, LLC. For the deaf and hard of hearing community, signing interpretation services can be made available if requested at least 21 days in advance of the concert. For requests received less than 21 days prior to the concert, every effort will be made for accommodations, but interpretation services are not guaranteed. To request services or for more information contact The Crooked Road office by email at admin@thecrookedroad.org or by calling 276-492-2409.