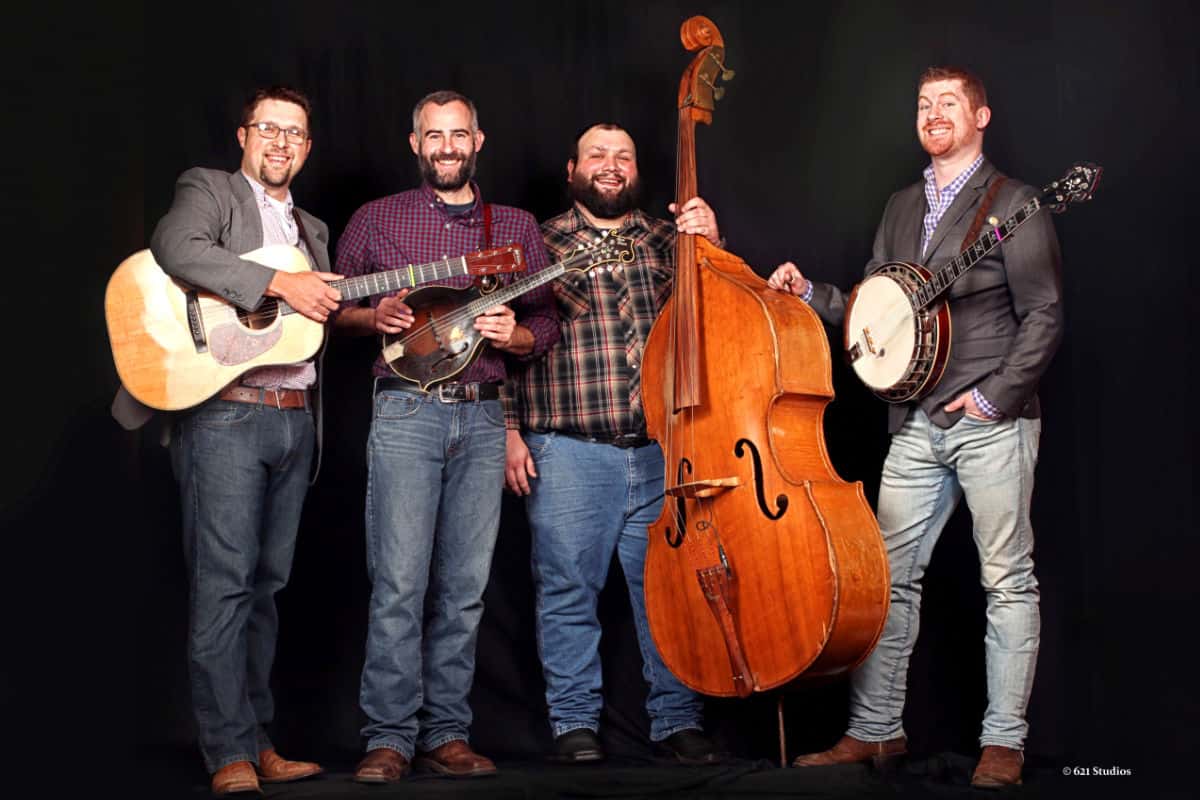 This event has been postponed. Please check back for the rescheduled date.

The Deer Creek Boys offer what Mountain Fever Records has described as “a youthful, edging on contemporary approach to bluegrass”, but definitely stay rooted in the traditional mindset. Bluegrass legend Terry Baucom has been quoted saying “I like to listen to these guys because they play the kind of bluegrass I dig.” They were originally formed when brothers Justin Tomlin (guitar) and Jason “Sweet Tater” Tomlin (bass) and best friend Cason Ogden (mandolin) started picking locally in their native Amherst, Virginia and have since added North Carolina banjo picker Andy Lowe to round out their sound. They have been a favorite of the festival circuit ever since emerging on the scene! With stints in Nothin’ Fancy, Junior Sisk & Rambler’s Choice, and the Bluegrass Brothers on the band’s résumé, the Deer Creek Boys are a powerful blend of energetic picking, hard-hitting harmonies, and top-notch songwriting.

In April of 2016, the band released their major-label debut, What Goes Up, on Mountain Fever Records. The album received instant success, landing three separate songs on the Bluegrass Today radio charts and making it to the second round of the IBMA “Emerging Artist of the Year” award category. What Goes Up even received a bid into the initial round of the Grammy Awards voting in 2017, for “Best Bluegrass Album.”

The Deer Creek Boys were selected as one of the World of Bluegrass showcase artists at the 2017 IBMA Convention. Promoters will want to get their hands on these crowdpleasers at every available opportunity!