Jesse Milnes and Emily Miller perform country and old-time music, singing close harmony with Jesse’s unique finger-picked guitar style and a healthy dose of old-time fiddling. Emily was raised playing and singing old-time and country music (the Louvin Brothers and the Stanley Brothers were household favorites) with her parents while they traveled the world as journalists. Jesse grew up in the world of West Virginia old-time music, learning from masters like Melvin Wine and Ernie Carpenter as well as his father, Gerry Milnes. They now make their home in central West Virginia.

Becky Hill is a percussive dancer, banjo player and aspiring dance caller. She has performed at the Newport Folk Festival with the Seeger Clogging All-Stars and has had the opportunity to work with Footworks Percussive Dance Ensemble, Good Foot Dance Company, and Rhythm in Shoes. She has won several flatfoot dance competitions throughout Appalachia including Clifftop Appalachian Stringband Festival. She is constantly inspired by old-time “flatfoot” and “buck dancers” and hopes to carry on their steps and stories.

Kevin Chesser is an old-time banjo player who has won awards at the Randolph County Fair, Vandalia Gathering, and elsewhere

The Down Hill Strugglers is an old time string band based simultaneously out of Kentucky, Louisiana and New York. They have released an album on Smithsonian Folkways Recordings and are featured on the soundtrack to the Coen Brothers film, “Inside Llewyn Davis” produced by T-Bone Burnett. The Down Hill Strugglers band formed while hanging out at the home of their mutual friend Peter Stampfel of the Holy Modal Rounders, where they also met friend and mentor John Cohen of the New Lost City Ramblers.

By carrying the music of the old rural America forward The Down Hill Strugglers are extending the legacy of the New Lost City Ramblers by bringing archaic sounds into the present, and challenge audiences reject a dystopian future animated by disco beats and their ilk. 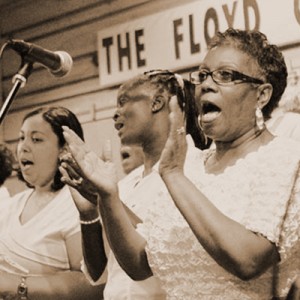