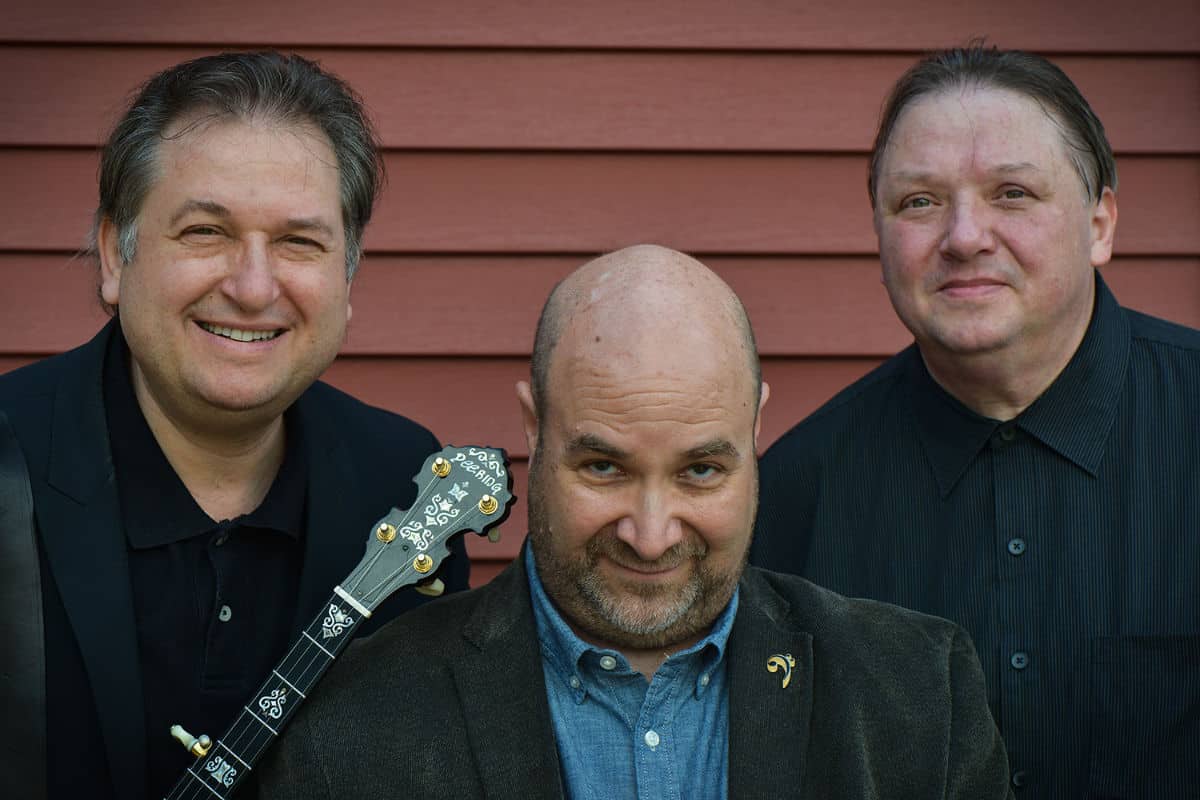 Originally from Switzerland, brothers Uwe and Jens Kruger began playing North American folk music at an early age and were particularly inspired by recordings of Doc Watson, Flatt and Scruggs, Bill Monroe, and other progenitors of country, bluegrass and folk music. Their first public performances were as a duo, busking on the streets of cities throughout eastern and Western Europe. After gaining a recording contract as well as a radio show on SRG SSR, the Swiss public broadcaster, they teamed up with bass player Joel Landsberg, inaugurating a trio that has been playing professionally together since 1995. Landsberg is an American citizen from New York, NY. The first recording project to include Landsberg was Behind the Barn, Vol. 2, released in 1997. The Kruger Brothers moved to the United States in 2002, and are based in Wilkesboro, NC.

The group is highly regarded within the world of acoustic music in North America, in particular by those within the industry. They have also gained the attention of some of the musicians, including Bill Monroe, Doc Watson, Tut Taylor, and Bobby Hicks, that once served as models. Watson has said, “The Kruger Brothers are just about as fine a band as I’ve ever played with. … I love to play music with them.”

In 2013, Jens Kruger was named the fourth recipient of the Steve Martin Prize for Excellence in Banjo and Bluegrass Music. The prize, created and endowed by Martin, recognizes “outstanding accomplishments in the field of five-string banjo,” Jens was selected by a committee that included Martin, Pete Wernick, Béla Fleck, Alison Brown, J.D. Crowe, Tony Trischka and others.

Jens Kruger has been inducted to the Blue Ridge Music Hall of Fame, and has been nominated for Banjo Instrumentalist of the year by the International Bluegrass Musician Association (IBMA) in 2014 and has received commissions for his ensemble compositions that include through the National Endowment for the Arts and Chamber Music America.