The Stanley Brothers on Radio with Gary Reid 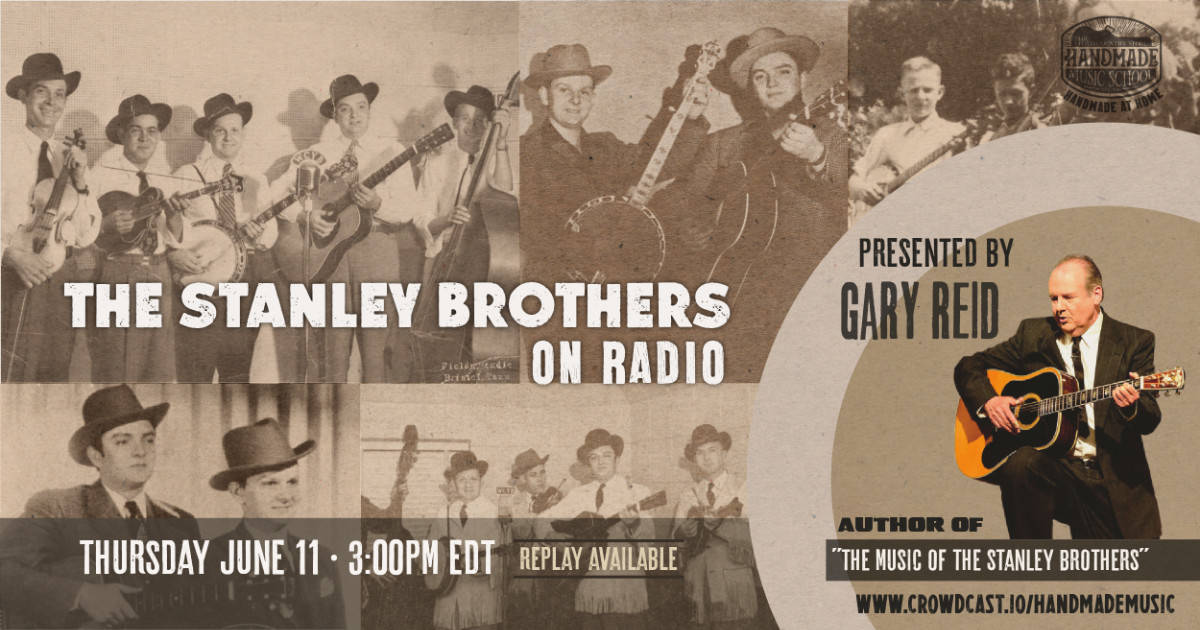 The Handmade Music School: Online Sessions presents The Stanley Brothers on Radio with Gary Reid on Thursday, June 11, 2020 at 3:00pm. The workshop will be presented via Crowdcast as part of our Handmade at Home online series. Cost is $1 to $100 (suggested donation of $15).

In the days before television, radio was king. The medium played a crucial role in the development of bluegrass as well as its widespread dissemination to the public. Typically, bands performed on air live and in person — often times for free. But the exposure generated publicity for the bands and gave them the opportunity to advertise their personal appearance dates, which is where they made their real money. For most of their career, the Stanley Brothers depended on radio, and later television, as a means to publicize their group. They appeared on a number of key stations such as Bristol, Virginia’s WCYB (which hosted the popular Farm & Fun Time program); WPTF in Raleigh, North Carolina; WSAZ radio AND television in Huntington, West Virginia; KWKH — home of the Louisiana Hayride — in Shreveport; WLEX and the Kentucky Mountain Barn Dance in Lexington; and later a series of syndicated radio and television programs that were sponsored by Jim Walter Homes of Tampa, Florida. “The Stanley Brothers On Radio” traces the broadcasting trajectory of the group and is augmented by rare radio performances.