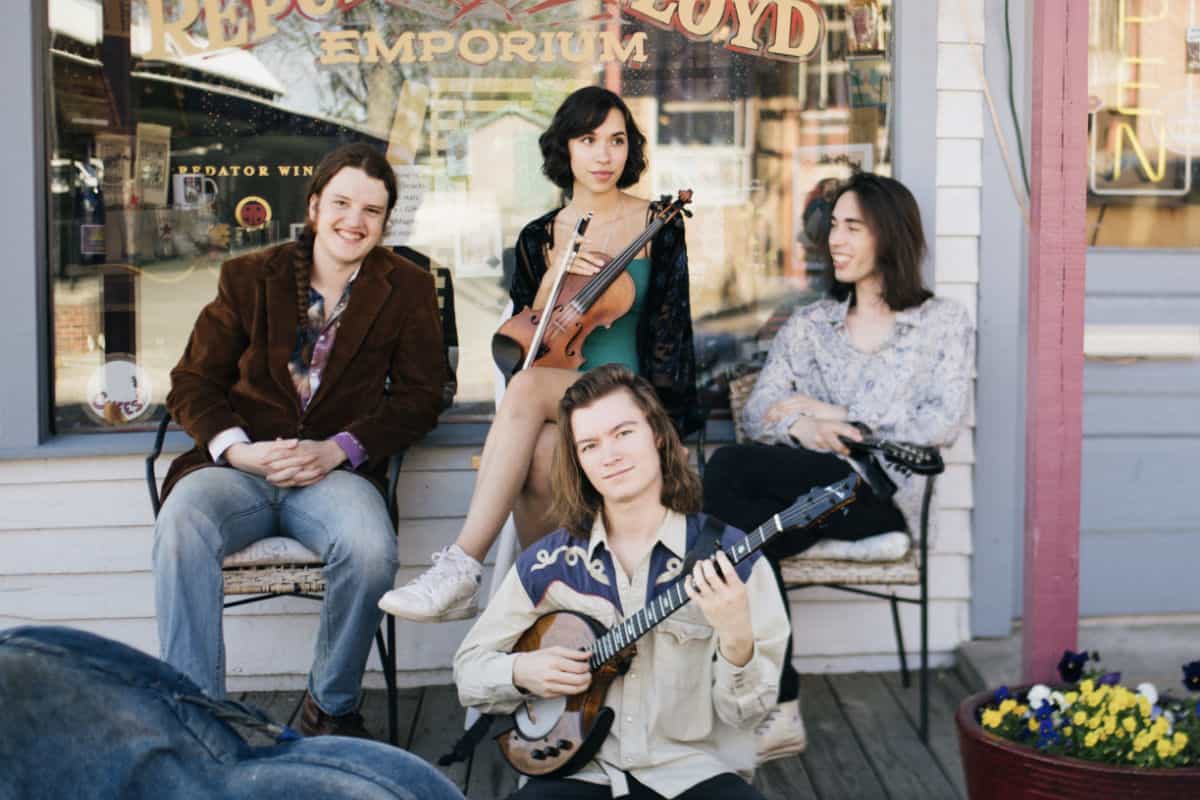 The up and coming Neo traditional string band, The Wildmans, come from the one stop light town, Floyd, Virginia, in the heart of the Appalachian mountain music tradition.

The band members came together at regional fiddler’s conventions and have won the most respected awards in the Appalachian region – in 2018 Aila Wildman won first place Old Time Fiddle and Best All Around Performer at the famed Galax Fiddler’s Convention, Eli Wildman won first place in Mandolin at Galax in 2018 and 2019, topped off by banjoist Victor Furtado being selected for the incredible honor of the 2019 Steve Martin Banjo Award.

Highly skilled instrumentals and soulful vocals applied to traditional and original tunes with a smattering of old time, blues, and jazz combine to create a fresh new sound – old tunes fueled by young spirit. With a base firmly in old-time roots music, The Wildmans push the genre boundaries with acoustic electric instruments and effects to create a bigger sound, with original jam vibes, modern classics and jazz standards alongside favorite old time and original fiddle tunes.

“Seeing The Wildmans live was an inspiration! They took Oldtime tunes and expanded on them in a way I’ve never heard before, in a way only well seasoned jazz musicians could – with intelligence as well as power. And vocally, Aila Wildman is reminiscent of the likes of Rachael Price and Ella Fitzgerald. This young band is clearly destined for great things.” ~ Rob Miller, Pickin’ Productions

“We played a show with The Wildmans last summer and were all so impressed by them, their vocals, their instrumental ability, and their approach. They are firmly rooted in tradition, but they are fresh and adventurous, just like their new single. I don’t have a crystal ball, but it would not surprise me at all if they make some BIG noise in the next few years. In fact, I’ll be surprised if they don’t. Count me as a fan.” ~ Eric Gibson, the Gibson Brothers