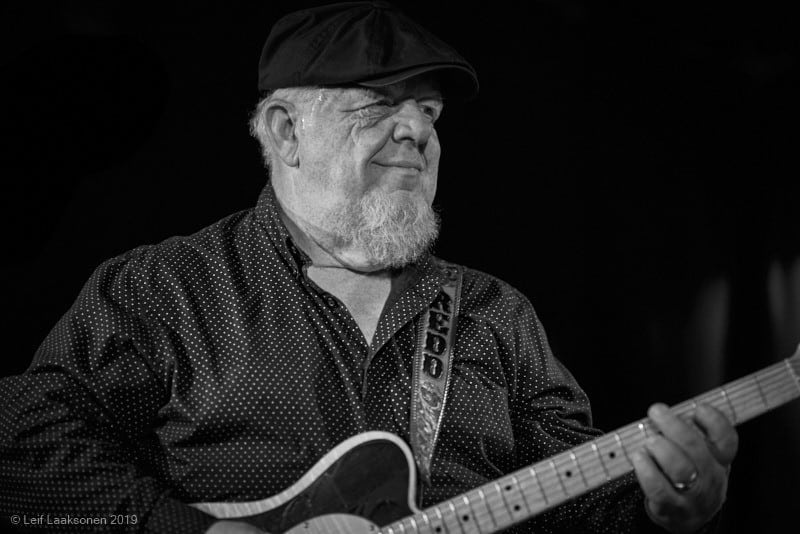 Join us for an evening of live music every other Thursday with guitarist Redd Volkaert. The music is free and takes place from 6:00-8:00pm. Enjoy a homemade and delicious dinner from our full cafe menu, with additional dinner specials.

Probably best known as the most Roy Nichols-like successor to the great Roy Nichols in Merle Haggard’s famous backup band, The Strangers,  Canada native Volkaert had no difficultly establishing his place among the country’s top Telecaster guitar slingers. You’d have no trouble finding plenty of people who consider him the best guitar player in Austin today. Check out Haggard’s 1999 Live At Billy Bob’s Texas to hear a great example of Volkaert’s work as a Stranger.

However, to call Volkaert a mere Nichols-like Stranger would be selling short his seemingly effortless ability to conjure up at will a vast array of complex guitar styles and techniques in countless genres and subgenres of country, rock, jazz, swing, surf, etc. Volkaert (a 2004 Grammy nominee for best country instrumental performance) has indeed mastered the many guitar styles he plays in.

Having recently moved to Galax, Virginia, Volkaert still continues to travel in many situations, including solo or with his Austin band, with Bill Kirchen (duo or band), or with Robbie Fulks (duo or band with Linda Gail Lewis). He is also content at home pickin’ locally. As long as it’s music, he’s in.

If you’re unfamiliar with Redd Volkaert, either of two brand new DVDs released this year on truefire.com would make a fine introduction to his world of Tele-slingin’ honky-tonkin’ good times. Either disc (or both) will have you seeing Redd in no time. He has a “Live at the Continental” DVD out as well as several lesson type DVDs. You can also check him out on YouTube.