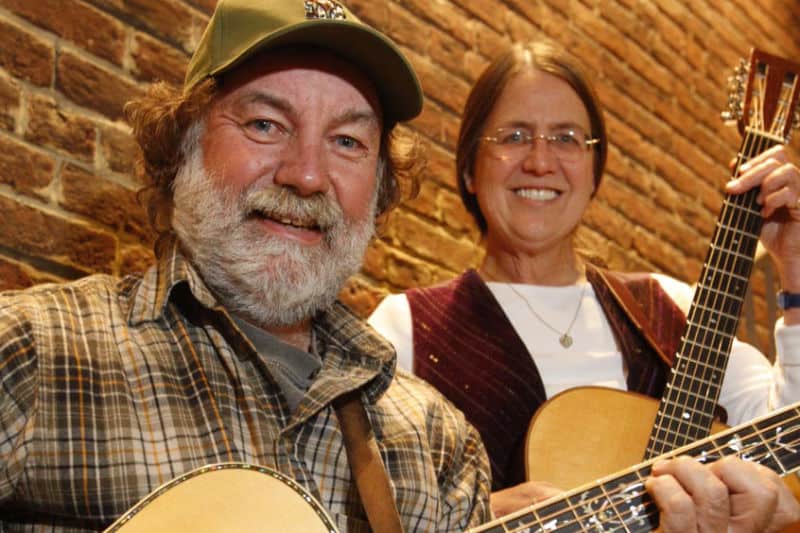 Wayne Henderson is a National Heritage Award recipient honored for his craftsmanship as a luthier and his renowned finger-style Appalachian guitar playing. His instruments are coveted worldwide and he sports a long waiting list for his guitars, mandolins, and banjos. Sponsored through the National Council for Traditional Arts, the Smithsonian Institute, Office of Arts America, European World of Bluegrass, Chet Atkins International Appreciation Society and numerous individual venues, Wayne has toured broadly in the U.S., Asia, Africa, and the Middle East. His lightening fast, articulate playing style was influenced by Doc Watson and EC Ball, both close friends and neighbors in this musically rich corner where Southwest Virginia meets Northwest North Carolina. His repertoire includes Appalachian fiddle tunes, Carter Family melodies and a few swing and rockabilly standards. He has won more awards at the Galax Fiddlers Convention than any other competitor in its seventy-seven year history.

A singer, fiddler, guitarist and tunesmith, Helen White has toured extensively with Wayne in the U.S. and Europe. Her compositions include works for theater and video projects as well as a Booklist honored recording of original songs for children. Helen is the founder and served as regional director of the Junior Appalachian Musicians (JAM) program from program inception in February of 2000 to June of 2013. This renowned program serves students in 25 mountain counties in Virginia, North and South Carolina introducing them to their musical heritage through small group instruction in the instruments and music common to the region.

With few exceptions, the piano does not play a prominent part in Appalachian or Americana music, and is rarely the lead instrument. But Jeff Little is an exception – and a remarkable one. His distinctive two-handed style, much influenced by the mountain flat-picked guitar tradition, is breathtaking in its speed, precision and clarity.

Little’s involvement with fiddle tunes, old time country, and traditional blues dates to his growing up in Boone, North Carolina, where his family, owned a music shop. The shop was a regular gathering place for musicians who would just stop by to pick a few tunes. At an early age Jeff would regularly sit in with many of the musicians from the region, including one of America’s most influential musicians: Doc Watson. These influences helped shape Jeff’s approach to the piano which is based on these deep musical traditions. But there is also an echo of more contemporary mountain tradition in Jeff’s performances.

The Jeff Little Trio is Jeff Little on piano, Steve Lewis on guitar and Josh Scott on bass.