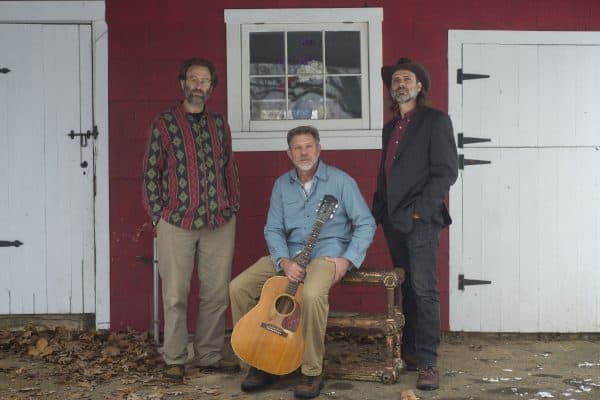 This is exquisite Bluegrass by Virginia’s finest! Will, Danny and John navigate a deep and intuitive current of time, melody and harmony that will move you. They’ll be performing music from a new project called “The Evenin’ News”. The Album includes original songs, hot instrumentals, and bluegrass classics, but it’s the three part harmony singing that takes the spotlight with Will’s smooth lead and baritone, Danny’s cutting tenor and John’s soaring high-baritone.

Danny and John are both known for their work with David Via and Corn Tornado in the early 2000s, while Danny and Will released a well received duet album in 2006 called Murders Drownings and Lost Loves, but the three first performed together as part of the award winning Magraw Gap in the mid 1990s. Their over twenty years of experience making music together comes through in in a concert full of excitement and sentimentality. Come and be a part of this new show by old friends!