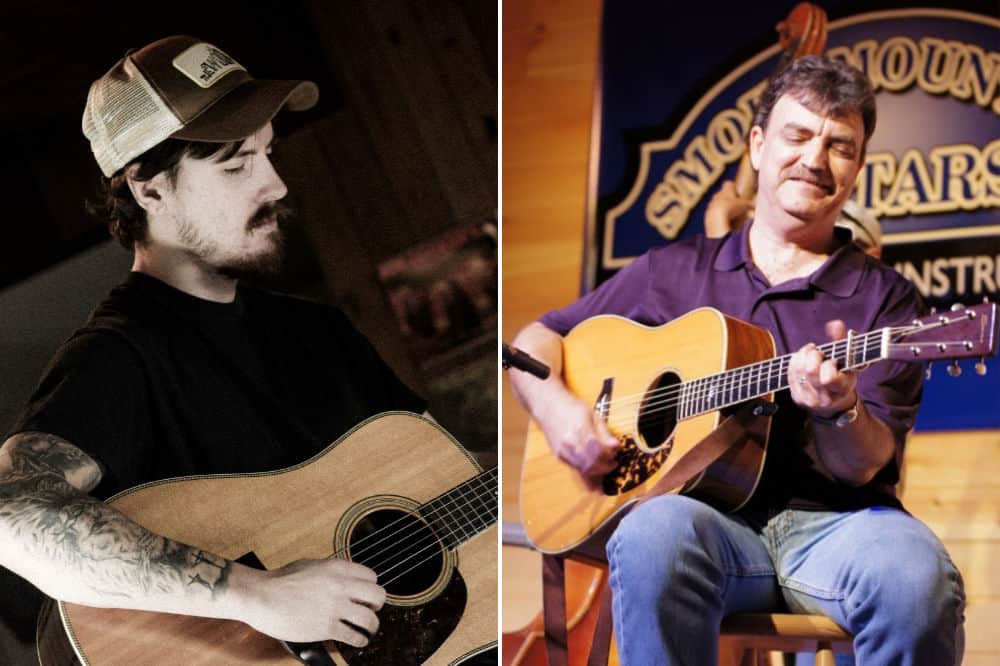 Flatpicking guitarist Wyatt Rice will be performing at the Floyd Country Store on Saturday, June 22nd along with guitarist Will Cassell, in a tribute to Tony Rice’s new acoustic style. This signature sound is inspired by a blend of jazz, bluegrass, and classical styles, prevalent on Tony’s album “Backwaters,” which Wyatt played on when he was 17. He has now taken the style to reach new heights in flat picking; playing anything from adaptations of jazz standards, to original arrangements, to the traditional bluegrass that Wyatt is best known for.

This new and complex sound inspires Wyatt’s students in the ETSU music program to discover ways to become better bluegrass musicians. “In a way, I’m passing down what Tony showed me when I was bitten by the new acoustic bug. I also get to perform some music that was never really played live with The Tony Rice Unit,” says Rice.

Joining Wyatt is guitarist Will Cassell. Will Cassell is an American acoustic guitarist based out of Eastern Tennessee. With influences such as David Grier, Kenny Smith, Tony Rice, Bryan Sutton, and Michael Daves, he brings forward a rich mix of acoustic stylings with unique flat-picking techniques. Will has recently been playing with acts such as: Will Cassell Band, Thomas Cassell Band, Dan Williams, Holler Jake & American Cellist Dave Eggar.

The duet will be performing a wide variety of new acoustic music; including some of Wyatt’s new original material, along with traditional flat-picked fiddle tunes.