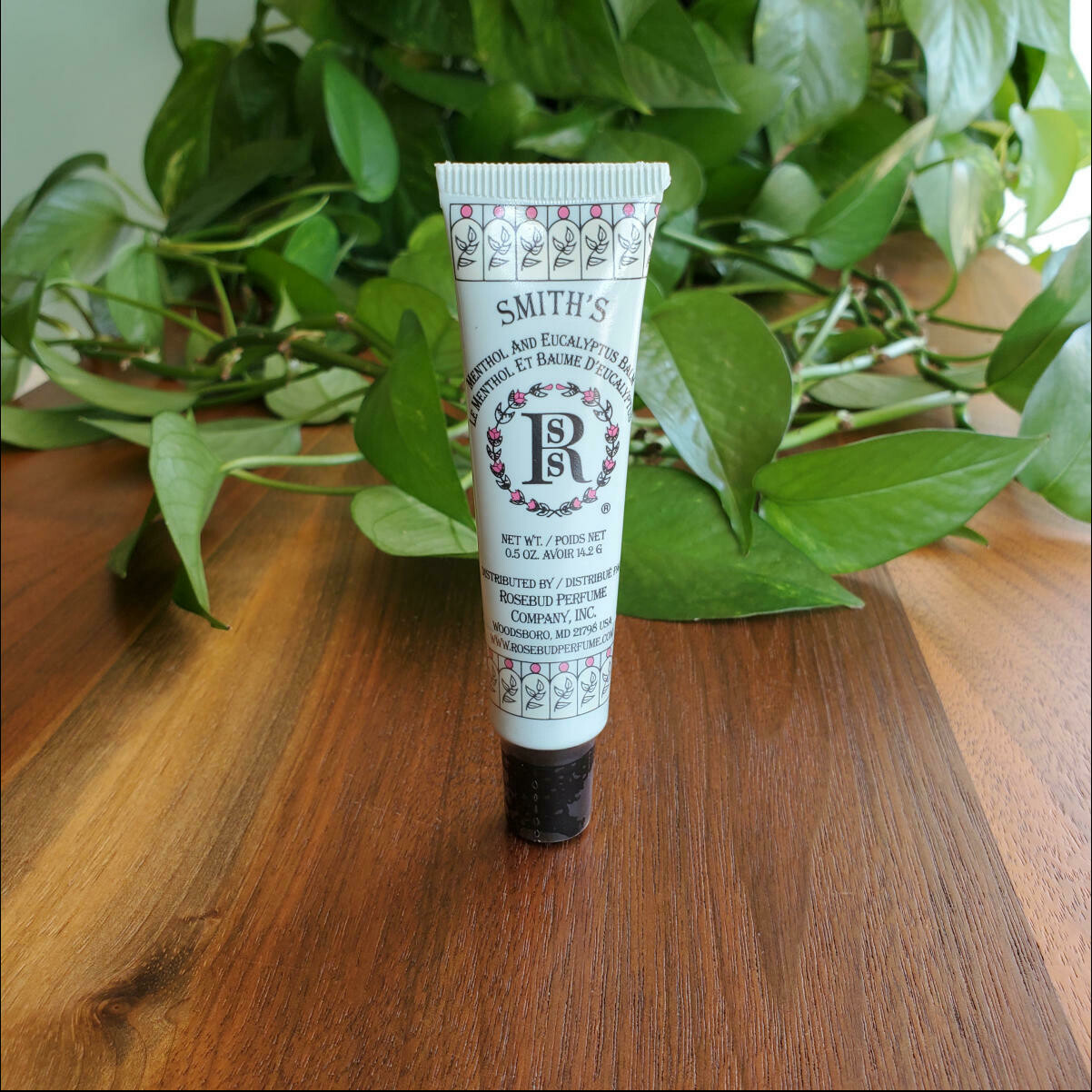 A cooling and soothing salve, formulated by Dr. G. F. Smith in the late 1800’s as “Tholene” and later “Menthol Salve”. This cooling, aromatic balm was developed for minor skin irritations, chaffed noses and skin, chapped lips, burns, insect stings, and muscular discomfort. This mentholated salve, known in the old days as ‘Tholene’ and later as ‘Smith’s Mentholated Salve’ was first prepared in the late 1800s by G.F. Smith, around the same time he was perfecting Rosebud Salve.

This mentholated salve is a cooling salve designed not so much as a cosmetic aid but rather to help soothe minor skin irritations, especially those associated with colds, allergies, minor burns, and insects stings. G.F.’s youngest daughter, Millie, always said that her father insisted this was the best of his products and offered unbeatable relief for the sore-red-dry-itchy nose caused by a cold.