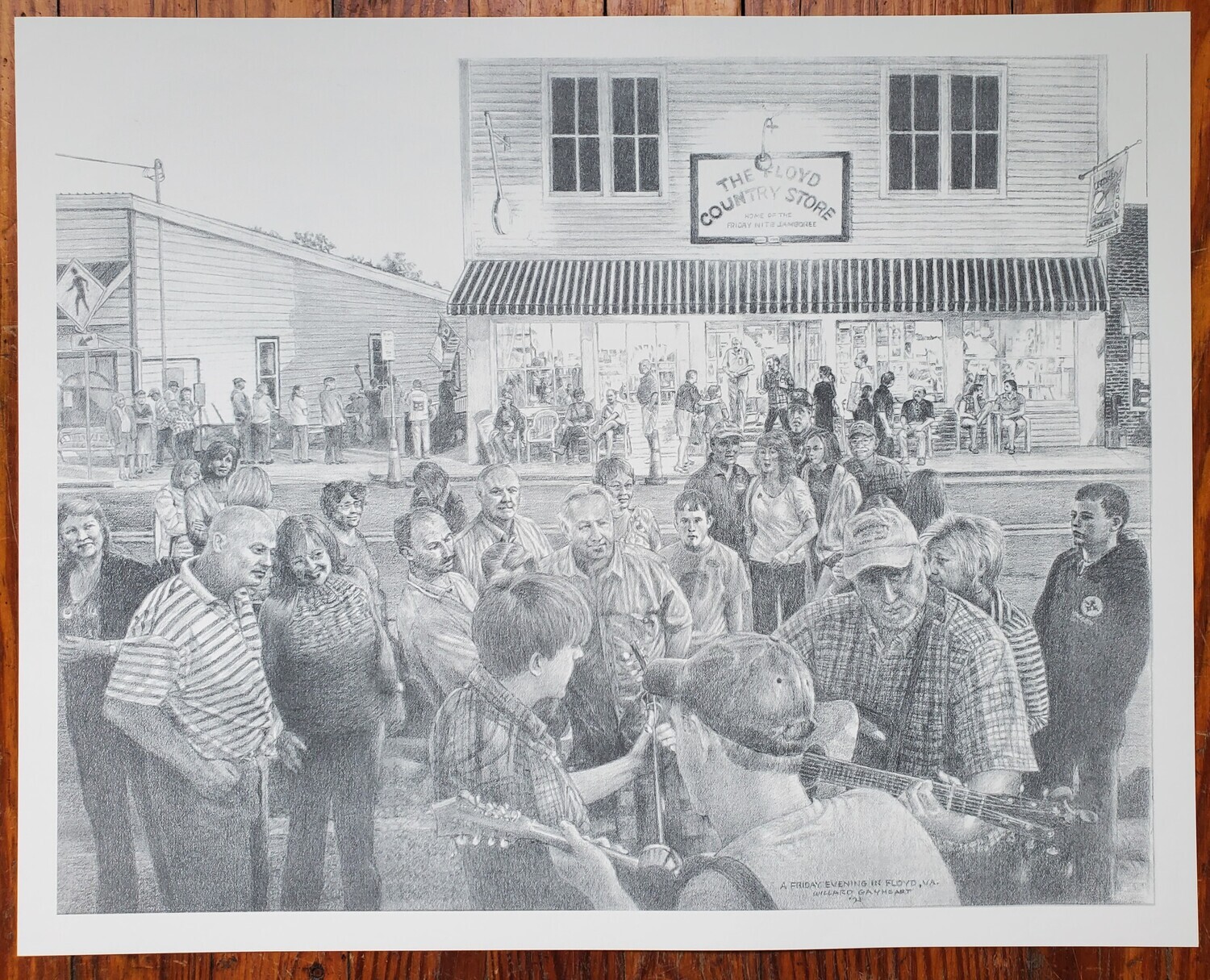 Willard Gayheart drawings often depict a way of life that is rapidly disappearing; a blacksmith shoeing a mare, two elderly men twisting tobacco to hang and dry beside the barn, a man whittling a broom handle, or a band of moonshiners in the holler stoking a fire around a secret still. Yet while many old-fashioned skills and traditions have fallen prey to modern life in Appalachia, traditional mountain music—old time, bluegrass, mountain gospel, and ballads—have not merely survived, but in many ways have never been stronger, and it is this music and its players that have unquestionably served as Willard’s greatest muse. You spot one you know—Bill Monroe, Doc Watson, Earl Scruggs, Wayne Henderson—and you realize then the artist’s uncanny ability to catch their likeness. Locals will recognize lesser known masters from the region: Buddy Pendleton, Albert Hash, Roy Vass, Thornton Spencer, or Ralph Blizzard. And this picture of Cephas & Wiggins, well-known black blues musicians from the Washington DC area who played piedmont blues.

Friday - Monday: Use coupon code TURKEY20 to save 20% off your order in our online shop!